Student at Christian Boarding School Beaten Up by Staff Members Because He Was “Talking to a Girl” October 11, 2014 Hemant Mehta

Abundant Life Academy in Eastern Virginia is a Christian boarding school for “struggling teens” and its mission is to help those teens by “equipping them to live a life of love, acceptance and forgiveness as modeled by Biblical principles and the life of Jesus Christ.”

So you really have to wonder why four staff members physically abused one of those students (with the cameras rolling) earlier this year: 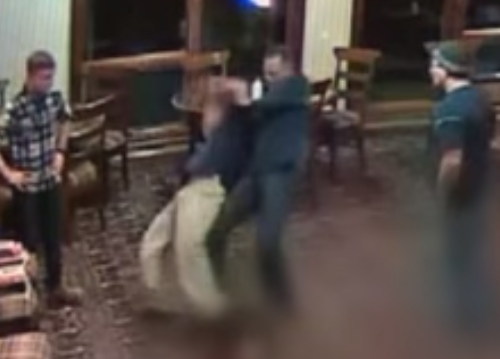 And the reason for the assault makes the situation even worse:

The victim testified that after the three-hour assault, he was awakened every 90 minutes as part of his punishment for “talking to a girl,” which wasn’t allowed.

While the staffers all initially denied doing anything wrong, they quickly changed their pleas to guilty, maybe because the video evidence is so damning:

Four hours into trial, four former staff members of a Caroline County boarding school changed their pleas to guilty and were convicted of misdemeanor assault and battery.

Fredericksburg residents Liam Galligan, 44, Jovany Rivera, 22, Timothy Jordan, 26, and 49-year-old William Honea were all given a 12-month suspended sentence and ordered to have no contact with any of the witnesses at Thursday’s hearing in Caroline circuit court.

October 11, 2014
The Nine Commandments? Two Priests at Two Churches Are Accused of Theft. The Kicker: They're Brothers
Next Post