Saudi Soccer Fans Are Angry Because a Woman — a Woman! — Was Spotted In a Foreign Stadium October 10, 2014 Terry Firma

Saudi Soccer Fans Are Angry Because a Woman — a Woman! — Was Spotted In a Foreign Stadium

TV footage of the match, now on YouTube, shows something horrific. Here it is: 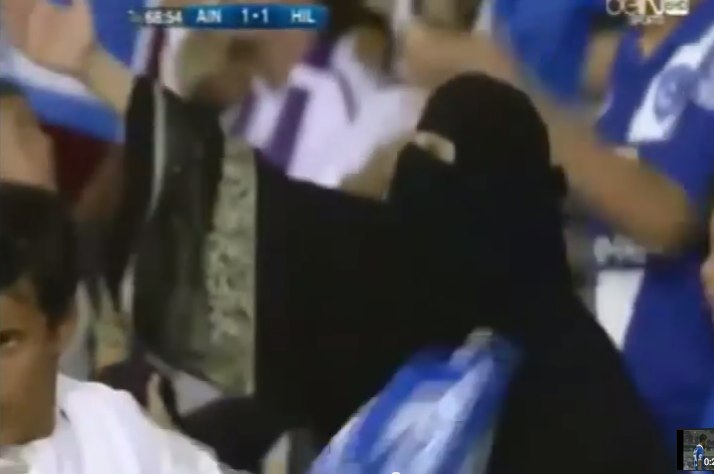 Following [a] tackle, the camera picks out an angry fan of the Saudi team — a woman fully covered in a black abaya and niqab. In Saudi Arabia itself, women are banned from attending football matches, but since the game was taking place in the UAE, this spectator — together with several other women cheering for [the] Saudi [players] … — were able to join their fellow male supporters in the stadium.

Over 900 people have commented on the clip, most of them angry men, critical of the unidentified woman for being in a stadium filled with thousands of men. “Women aren’t interested in football, so why go to a stadium to watch a live match?” wrote one. “Does this woman not have a man? Her place is in the house,” said another. Many who oppose women being allowed into stadia say it encourages immoral and sinful behavior.

Luckily, Saudi bureaucrats are reportedly fighting for the right of women to be spectators at sporting events… cleverly employing segregation and gender apartheid.

P.S.  Free bonus video, courtesy of a Saudi cleric who lays out some of a woman’s most sacred obligations.

October 10, 2014
Atheist Who Convinced PA School Board to Stop Reciting the Lord's Prayer in 2012 Returns to Apologize
Next Post