Nicholas Kristof Elaborates on the Diversity of Islam but Still Misses the Point October 9, 2014 Hemant Mehta

In his New York Times column today, Nicholas Kristof expands on the controversial panel discussion he was a part of on Real Time with Bill Maher last week. He and Ben Affleck (though mostly Affleck) argued that criticism of Islam was unfair, “gross,” and “racist,” while Maher and Sam Harris made the case that radical ideas were not confined to some small fringe of Muslims. 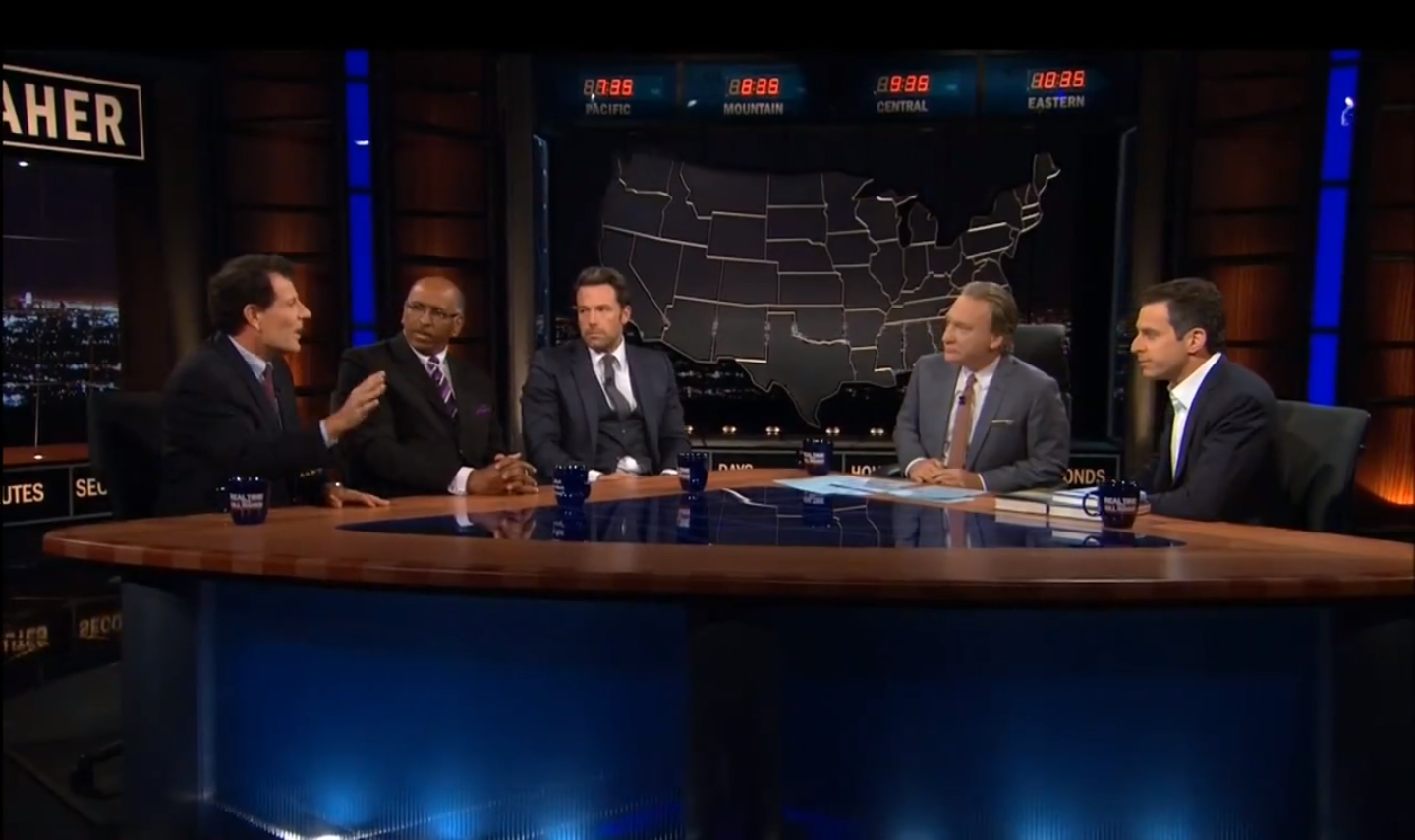 The bulk of Kristof’s argument boils down to this:

… the Islamic world contains multitudes: It is vast and varied. Yes, almost four out of five Afghans favor the death penalty for apostasy, but most Muslims say that that is nuts. In Indonesia, the most populous Muslim country in the world, only 16 percent of Muslims favor such a penalty. In Albania, Azerbaijan, and Kazakhstan, only 2 percent or fewer Muslims favor it, according to the Pew survey.

Beware of generalizations about any faith because they sometimes amount to the religious equivalent of racial profiling.

But no one, including Harris, is saying that all Muslims (or even the vast majority of them) hold these barbaric views. But when Kristof says “most Muslims say that [the death penalty for apostasy] is nuts,” that word “most” becomes critical. There’s a huge difference between, say, 60% of Muslims condemning the idea versus 99% of them doing so. In fact, outside of the U.S., it’s hardly just a handful of radicals we’re talking about:

Yes, there’s more going on on those countries than just “bad religion,” but it’s foolish to think Islam has nothing to do with it.

Kristof goes on to educate us in the obvious:

Hinduism contained both Gandhi and the fanatic who assassinated him. The Dalai Lama today is an extraordinary humanitarian, but the fifth Dalai Lama in 1660 ordered children massacred “like eggs smashed against rocks.”

Christianity encompassed the Rev. Dr. Martin Luther King Jr. and also the 13th century papal legate who in France ordered the massacre of 20,000 Cathar men, women and children for heresy, reportedly saying: Kill them all; God will know his own.

Of course all religions are full of both wonderful and despicable followers. If we could somehow know the percentages of each, though, I suspect they would be wildly different depending on the faith.

That’s the unfortunate truth that Kristof and Affleck and those in their camp refuse to admit.

Of course there are courageous Muslims, like Malala Yousafzai. I can’t imagine how any decent person wouldn’t support her cause despite any differences in theology. But when she’s fighting people with awful beliefs who won’t budge on them because they stem from a holy book, that battle becomes much more difficult to wage.

Ali A. Rizvi put this well in his open letter to moderate Muslims the other day:

If any kind of literature is to be interpreted “metaphorically,” it has to at least represent the original idea. Metaphors are meant to illustrate and clarify ideas, not twist and obscure them. When the literal words speak of blatant violence but are claimed to really mean peace and unity, we’re not in interpretation/metaphor zone anymore; we’re heading into distortion/misrepresentation territory. If this disconnect was limited to one or two verses, I would consider your argument. If your interpretation were accepted by all of the world’s Muslims, I would consider your argument. Unfortunately, neither of these is the case.

You condemn all kinds of terrible things being done in the name of your religion, but when the same things appear as verses in your book, you use all your faculties to defend them. This comes across as either denial or disingenuousness, both of which make an honest conversation impossible.

There’s no doubt that culture and politics and rigid dogmatic thinking of all sorts play important roles in these majority-Muslim countries. But it seems very disingenuous for anyone to claim that Islam itself isn’t a potent ingredient in the mix. I also believe that if the Koran didn’t include all the violent verses that it does, it would be much easier for these countries to see the kind of reform sought by brave, moderate Muslims.

It’s not “Islamophobic bigotry” (Kristof’s words) to point all of this out. Sam Harris said as much in his own essay reflecting on the panel discussion:

My criticism of Islam is a criticism of beliefs and their consequences — but my fellow liberals reflexively view it as an expression of intolerance toward people.

Kristof made the point that there are brave Muslims who are risking their lives to condemn “extremism” in the Muslim community. Of course there are, and I celebrate these people too. But he seemed completely unaware that he was making my point for me — the point being, of course, that these people are now risking their lives by advocating for basic human rights in the Muslim world.

… I don’t know how many times one must deny that one is referring to an entire group, or cite specific poll results to justify the percentages one is talking about, but no amount of clarification appears sufficient to forestall charges of bigotry and lack of “nuance.”

I genuinely believe that both Affleck and Kristof mean well. They are very worried about American xenophobia and the prospects of future military adventures. But they are confused about Islam. Like many secular liberals, they refuse to accept the abundant evidence that vast numbers of Muslims believe dangerous things about infidels, apostasy, blasphemy, jihad, and martyrdom. And they do not realize that these doctrines are about as controversial under Islam as the resurrection of Jesus is under Christianity.

Just to add to that last sentence, because the point must be made: That’s not to say all Muslims support those ideas, only that those ideas can be justified with the Koran and many, many Muslims believe that to be the case.

I know I’ve posted this before, but it won’t hurt to post it again. It’s an image from the Pew Research Center’s survey on Muslims worldwide:

Yes, most Muslims around the world condemn violence in defense of their faith. But when you exclude those who didn’t respond to the question, we’re still talking about 21% of Muslims worldwide and 13% in the U.S. who believe suicide bombing is rarely, sometimes, or often justified. That’s hundreds of millions of people who do not unequivocally condemn faith-based violence.

Unless we can admit that religion is at least part of the problem here, I don’t know how we can fix the problems in these countries. The greatest threat to moderate Muslims aren’t liberals like Sam Harris supposedly painting them with a broad brush; it’s other Muslims who believe the moderates’ interpretation of the Koran is both incorrect and blasphemous.

October 9, 2014
Homeopathic Battleship is the Hardest Game Ever...
Next Post

October 9, 2014 Catholic Diocese in Minnesota May File for Bankruptcy Due to Sexual Abuse Lawsuits Against Its Priests
Browse Our Archives
What Are Your Thoughts?leave a comment