The Williamson County Board of Education in Tennessee want to begin meetings with prayer, which they can’t do since a school board (which oversees students specifically) isn’t the same as a city council. A school board prayer is usually seen by the courts as no different from a teacher or principal leading prayer in a classroom — there’s a coercion factor that comes into play.

What’s more, the board members in Williamson County know prayers would be illegal, and yet they still want to have them: 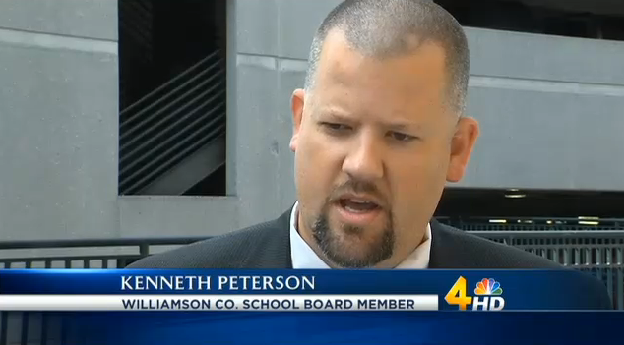 Board members said they don’t know what type of prayers they would cover or how many they would recite at each meeting.

[Board member Kenneth] Peterson said the board already anticipates challenges.

“Certainly there’s a law against having prayer before school board meetings, so that’s at the top of the concerns,” Peterson said.

That’s a great line, isn’t it? We know this is illegal, so that’s in the back of our minds as we consider doing it, anyway.

The board isn’t close to voting on these prayers yet, but parents in the district should keep a couple of things in mind: If board members vote to have prayers, not only should they expect a lawsuit to be filed against the district (using up resources that should be benefitting students), but they should know that I’ll do everything I can to make sure local atheists, Pagans, Satanists, Muslims, and all other non-Christians are aware of the policy so that they can sign up to deliver the invocations.

Because it’d be downright hilarious to watch the board members squirm as they listen to something like this: