Physicist Stephen Hawking recently came out (explicitly) as an atheist, leading Ray Comfort, on his online show, to call him a fool.

Let me repeat that: Creationist Ray Comfort thinks one of the most brilliant people to ever live is a “fool”… for not accepting what’s written in the Bible literally.

That makes about as much sense as, well, Sarah Palin calling Stephen Hawking a fool. 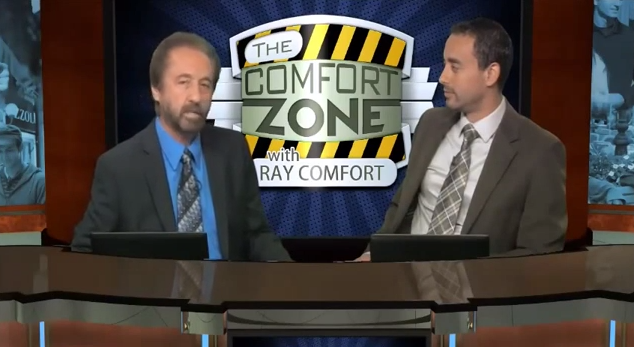 The Bible says he’s a fool. You know, if we disagree with the Bible, when someone says “I’m an atheist,” they’re saying “I’m a fool.” They’re saying nothing created everything. Which is just ludicrous. It’s intellectual suicide. The Bible says he who denies God’s existence is a fool. And if we say the guy is intelligent, then we’re denying what scripture says.

I’m sure Hawking is devastated by the thought of contributing to “intellectual suicide” by the guy who thinks bananas prove God’s existence.

October 7, 2014
Why Do Many Atheists Still Eat Animals?
Next Post

October 7, 2014 Alaska City Assembly Votes for Inclusive Invocations, but They Will "Draw the Line on Satanists or Atheists"
Browse Our Archives
What Are Your Thoughts?leave a comment