God Healed the Hamsters… and Everyone with Diarrhea October 6, 2014 Hemant Mehta

God Healed the Hamsters… and Everyone with Diarrhea

British comedian Robert Popper recently called a faith-healing call-in talk show to tell them about how him hamsters (and those affected by his hamsters) were saved from diarrhea because he watched the show… and, well, have a listen: 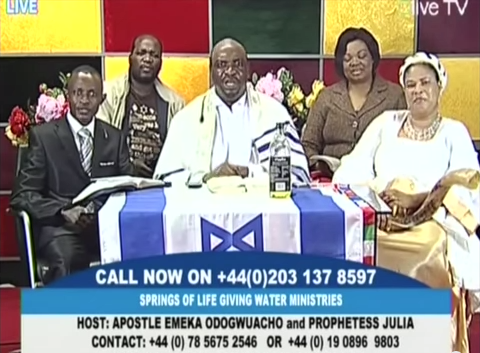 The squeak at the end was priceless.

And the hosts, while their facial reactions might have given them away, never stopped praising the Lord.

Because why question the healings when the money’s rolling in?

October 6, 2014 License? Registration? Have You Accepted Jesus as Your Personal Savior?
Browse Our Archives
What Are Your Thoughts?leave a comment