In a conversation following up on last week’s rant against liberals who refuse to criticize Islam, Bill Maher and guest Sam Harris explained last night on Real Time why criticizing religious beliefs is fair game and not, as critics often claim, “Islamophobia”: 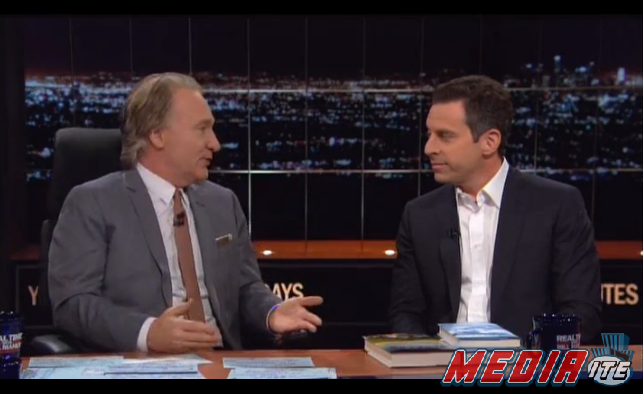 Harris and Maher threw out actual statistics defending the idea that radical Islam isn’t just limited to a fringe group while Ben Affleck kept ignoring those facts to basically proclaim that Islam is a religion of peace and the atheists were in no position to say otherwise:

“We have been sold this meme of Islamophobia, where criticism of the religion gets conflated with bigotry towards muslims as people,” Harris began. “It’s intellectually ridiculous.”

“Hold on — are you the person who officially understands the codified doctrine of Islam?” Affleck, on the show to promote his movie Gone Girl, interrupted, and argued that criticizing Islam, as Maher and Harris were doing it, was “gross and racist. It’s like saying, ‘Oh, you shifty Jew!’”

Affleck inadvertently proved that Maher wasn’t kidding about the liberal aversion to criticize bad ideas when they involve religion. No one’s saying all Muslims are evil, but it’s a fact that a significant percentage of Muslims worldwide — 21% worldwide and 13% in the U.S., according to the Pew Research Center (Edit: I gave incorrect numbers earlier; my apologies) — believe suicide bombings are rarely, sometimes, or often justified. What role Islam plays into those beliefs may be up for debate, but it’s hardly irrelevant, and that’s what Harris and Maher were trying to say amidst the shouting match.

You can see the full exchange at Mediaite (or above).

October 3, 2014
An Atheist Evangelizes Reason from the Sidewalk and Then Analyzes His Conversation with a Stranger
Next Post