La Salle Academy in Providence, Rhode Island is one of those Catholic schools that’s been around forever, with the current building dedicated in 1925. You can imagine that its Hall of Fame (“Wall of Notables”) is pretty stacked given all the alumni the school has had, but that’s been a source of controversy recently. 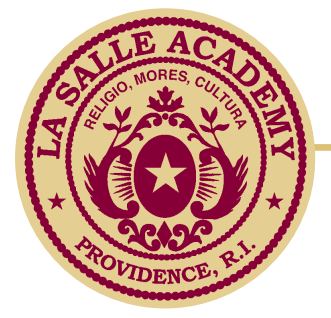 First, they removed the painting of Gina Raimondo, the Democratic candidate for governor, because she cares too much about the rights of women:

Following her remarks, Roman Catholic Bishop Thomas Tobin posted on Facebook, “It is always disappointing when a Catholic candidate for political office abandons the teaching of the Church on the dignity of human life for the sake of self-serving political gain.”

Raimondo isn’t even sufficiently pro-choice for my tastes, supporting a ban on late-term abortions (with exceptions in extreme situations), but that was enough for her to be taken down from the wall.

Then, just days later, the school removed all of the pictures in the Hall of Fame because, officials said, they were a “distraction to learning” and they wanted to establish new criteria for who should be on the wall.

(For the record, saying that pictures of notable alumni is “distracting” is ridiculous. Showing students what graduates of the school have achieved is a wonderful and inspiring idea.)

But here’s the really crazy part.

They just announced a new entry into the Hall of Fame:

Ralph A. Pari, now 88, and a 1944 La Salle graduate, confirmed for The Journal on Thursday that he’s one of 12 distinguished alumni who the school plans to induct into its Hall of Fame during a ceremony slated for November.

Pari, of Smithfield, is the former director of the Rhode Island Housing and Mortgage Finance Corporation. In 1987 he pleaded no contest to charges of embezzlement from the mortgage agency and destroying evidence on illegal mortgages.

Pari served 14 months in state prison on those charges and more than a year in federal prison on separate charges of income tax evasion.

That guy, the school believes is a role model for students. But the gubernatorial candidate who believes women should have control over their own bodies? No thank you.

(Thanks to Roger for the link)

October 3, 2014
After Speaking Out Against "In God We Trust" Display, Alabama Atheist's Next Target is Religious Veterans' Monument
Next Post