Some 300 million people in India, roughly a quarter of all Indian citizens, are Dalits — literally, “broken people,” but more commonly called “untouchables.”

It wasn’t supposed to be like that. Almost 60 years ago, India formally abolished caste-based discrimination (untouchability). But centuries-old habits die hard, and discrimination against “low” castes is still rife in many parts of the country. The news agency Reuters says that Dalits “still face prejudice in every sector from education to employment.”

This affront to the idea of meritocracy obviously pays no heed to whatever successes individual Dalits attain. As a Dalit, you can become, through good luck and perseverance, a judge, a doctor, or a state governor… and scores of Indian people will still treat you like, well, shit. Violence against Dalits is common.

The good news: Thanks to religion, that great equalizer — that hugely successful promoter of love, peace, and oneness — Hindu temples all over India are much-needed safe havens for Dalits.

The government in the Indian state of Bihar has ordered an investigation after reports that a Hindu temple was cleaned and its idols washed after a visit by the state’s chief minister (governor), who belongs to a lower caste community. 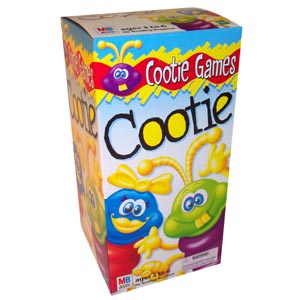 Chief Minister Jitan Ram Manjhi, a member of the Musahar community, said he had been told the shrine in Bihar’s Madhubani district was “purified” after he visited it last month. …

He said he had ordered [an] investigation because it was important to highlight caste biases in the society. …

Leaders across political lines condemned the incident and said stern action should be taken against those responsible. “Untouchability is a crime in the country. It cannot be allowed to take place to even ordinary citizens,” said food minister and prominent Dalit politician Ram Vilas Paswan. “What can be more shameful (than) when a Chief Minister says the temple was cleaned after his visit?” asked Paswan, leader of the Lok Janshakti Party which is part of the ruling coalition.

Of course, both sides claim that the other side has shamed them. To Manjhi, the shame understandably consisted of having been treated (after the fact) as a low-caste, dirty individual. Meanwhile, the Hindus who cleansed the temple really think they were the ones who were shamed (dishonored); after all, a smelly reprobate sullied their shrine with his noisome presence.

I’d like to say that I expect better of religionists, but I’d be lying.