Ohio Elementary School Distributed Yearbooks with a Christian Cross on Them

At Addaville Elementary School in Gallipolis, Ohio, the 2014 student yearbooks have a giant Latin cross on the cover with the word “BELIEVE” inscribed on it: 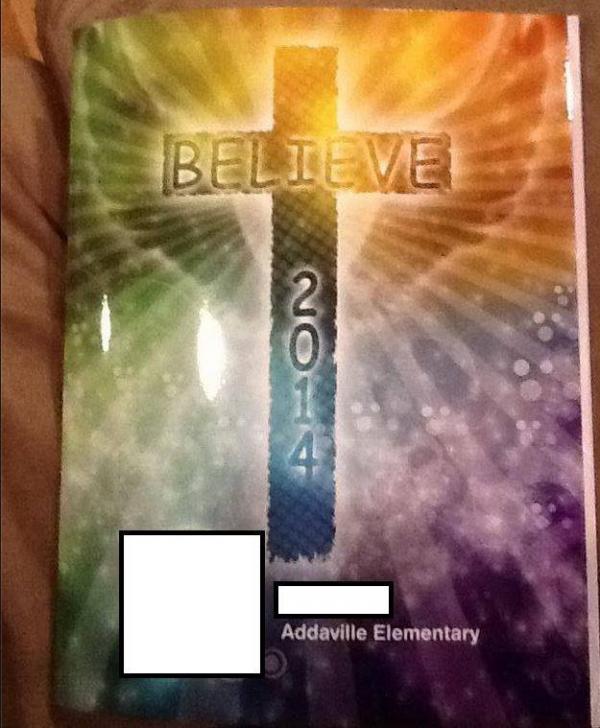 In a letter to District officials, the Freedom From Religion Foundation asked for a recall on the books:

“The inclusion of the Latin cross, which is the preeminent symbol of Christianity, on a public elementary school yearbook is illegal. It is beyond comprehension that public school officials would have allowed this publication to be printed with sectarian religious imagery and then distributed to young elementary schoolchildren.

The 2014 yearbook alienates those non-Christian students, families, teachers, and members of the public whose religious beliefs are inconsistent with the message being promoted by the school… The yearbooks should be collected and reprinted.

The school hasn’t responded yet, but you have to wonder who designed that cover and who gave it a green light. Did they just swipe a template from a local Catholic school?