Here’s How a College Professor Dismantled the Idea of “Nonoverlapping Magisteria” for His Students September 28, 2014 Hemant Mehta

Professor David P. Barash writes in today’s New York Times about “The Talk” he gives his students regarding evolution and God. They are free to believe that God plays a role in the evolutionary process, whether He began it or guides it, but the evidence is overwhelmingly against the worlds overlapping: 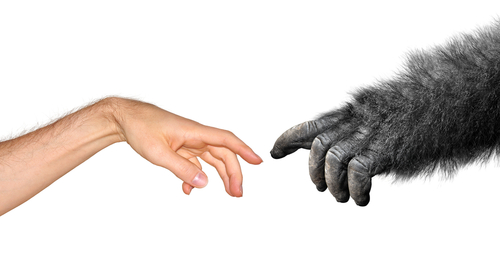 I conclude The Talk by saying that, although they don’t have to discard their religion in order to inform themselves about biology (or even to pass my course), if they insist on retaining and respecting both, they will have to undertake some challenging mental gymnastic routines. And while I respect their beliefs, the entire point of The Talk is to make clear that, at least for this biologist, it is no longer acceptable for science to be the one doing those routines, as Professor [Stephen Jay] Gould and [the idea of “nonoverlapping magisteria”] have insisted we do.

I wouldn’t be surprised if there are complaints about this piece: Look at how that professor is pushing his atheism upon the students! But when all the evidence ever found points away from religion, professors owe it to their students to let them know that.

What I’d like to know — what Barash didn’t include in his essay — is what the reaction is from his student. Do they challenge him on this front? Do they change their minds by the end of the course? He says at one point, almost giddily, that the students “shift uncomfortably” in their seats as he gives them The Talk, but how does that impact the class afterwards? I’d love to know.