In early 2013, atheist Carole Beaton along with attorney Peter Martin (below) filed a lawsuit against the city of Eureka, California and Mayor Frank Jager for promoting prayer breakfasts with city resources: 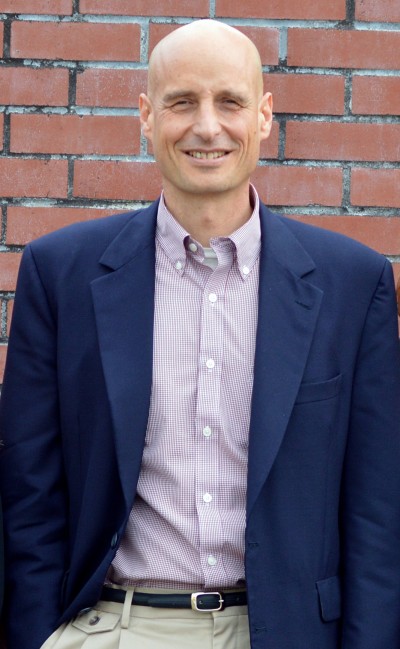 Jager said he still plans to hold the Mayor’s Prayer Breakfast at the Wharfinger building in Eureka on Feb. 7 at 7 a.m. despite the lawsuit’s claim that his use of his official position as mayor to promote a sectarian prayer breakfast is unconstitutional.

”I was elected by the people, and I do my best to represent all of the people in Eureka,” Jager said. “I can’t separate Frank Jager from the mayor. I sponsor a number of things, it’s part of what I am and what I do in Eureka. It’s perfectly acceptable for me to sponsor something like this. You bet I feel what we are doing is fine within the law.”

That was nearly two years ago.

This week, a month before a trial was set to begin, both sides agreed on a settlement that looks more like a victory for Beaton and Martin:

The settlement prohibits the city from using its resources, city seal and the title of mayor to promote or support prayer breakfasts and requires the city to pay Beaton $16,500 for attorney’s fees. As part of the agreement, both sides state the city is not admitting liability and the settlement is not an admission of the case’s claims. The documents will be submitted to the court today for approval.

“I think it’s an agreement that is fair to both sides,” Martin said.

Martin will still try to appeal a prior ruling that allows non-sectarian invocations at city council meetings. The Supreme Court may permit it nationally, but Martin believes California law is more strict about these things.

I’m not sure how successful that appeal will be, but the bigger settlement is what matters here. It ends the cozy relationship between church and state in Eureka and makes sure taxpayer funds aren’t going to promote Christianity. All because of a couple of terrific activists.

(Thanks to Becky for the link)

September 27, 2014
Generous Atheists Are About to Make a Major Donation to a Single Incredible Charity
Next Post

September 27, 2014 Now That's What I Call an Introduction for Neil deGrasse Tyson
Browse Our Archives
What Are Your Thoughts?leave a comment