Jonny Scaramanga, who’s written at this site about his fundamentalist education at an Accelerated Christian Education (ACE) school, has a new piece up at The Guardian with a stunning (yet not necessarily shocking) revelation from the ACE curriculum: It suggests that snow can generate electricity. 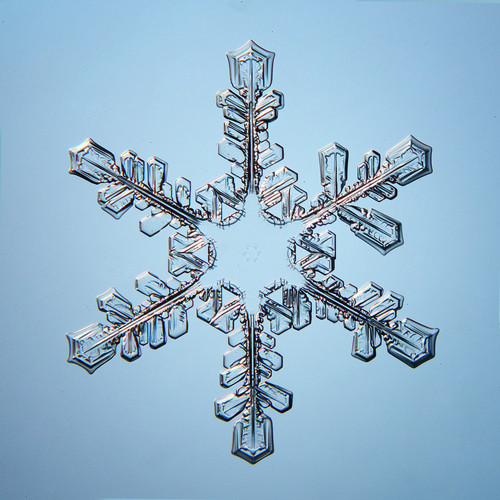 Job 38:22, 23 states, ‘Hast thou entered into the treasures of the snow? or hast thou seen the treasures of the hail, which I have reserved against the time of trouble, against the day of battle and war?’ Considering this scripture, some scientists believe that a tremendous power resides untapped within the water molecules from which snowflakes and hailstones are made.

How can this scripture, along with these observations about snowflakes, show us a physical truth? Scientists at Virginia Tech have produced electricity more efficiently from permanent magnets, which have their lines of force related to each other at sixty-degree angles, than from previous methods of extracting electricity from magnetism. Other research along this line may reveal a way to tap electric current directly from snow, eliminating the need for costly, heavy, and complex equipment now needed to generate electricity.

Scaramanga asked a chemist what he thought about that theory and the response was epic:

“Bullshit on stilts” came his reply, in a brusque email pointing out that snow has no magnetic properties. The prospect of generating free electricity from snow, he added, “bears no relationship to reality”.

“No relationship to reality,” of course, is the pillar on which the entire curriculum rests.

September 26, 2014
Atheist Groups Will Hold Protest in Defense of Teen Facing Two Years in Jail for "Desecration" of Jesus Statue
Next Post