Next April, over Easter weekend (as usual), American Atheists will be holding its annual convention in Memphis, Tennessee.

This is not news.

But you wouldn’t know that if you watched WMC Action News 5, Memphis’ NBC affiliate. They aired a segment about the convention last night describing the Big Controversy that “has some residents raging“!

As far as I can tell, the controversy involves nothing more than “YOU GUYS, ATHEISTS ARE COMING HERE ON OUR HOLIDAY!” 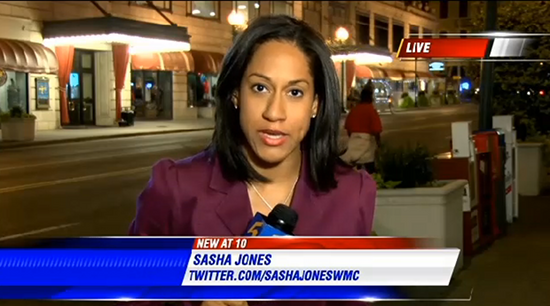 Reporter Sasha Jones spoke with a few random people who opposed… something. I’m still not sure what they’re complaining about. But let’s get frustrated at their comments together:

And I don’t care what you think.

He’s referring to the idea that atheists are gathering on a Christian holiday when, in his mind, we should all be bowing down to Jesus on that day. As it turns out, though, people are allowed to do whatever the hell they want on other people’s holidays. (Who knew?!)

“It’s kind of disrespectful to people who do believe.”

Let me paraphrase that: “It’s kind of disrespectful for other people to carry on with their lives when I’m busy doing something else.”

It’s not like the atheists are setting a giant cross on fire. There’s nothing disrespectful about atheists renting out some hotel ballrooms on a day with meaning to Christians, just as it wouldn’t be disrespectful if Christians rented out those ballrooms for church services on Yom Kippur.

“Everything [is] about ‘Christ is risen.’ You know, anything that comes against that, can’t touch it.”

I don’t even understand that one… no one can criticize your faith? Sure they can.

But the craziest line in the segment belongs to the reporter herself:

“We did reach out to the Peabody Hotel for a comment but we have not heard back from them just yet.”

How exactly did she think the Peabody people would respond…?

This is just a non-controversy parading as a news segment. Maybe it was just a slow day at the office. But the point is this: If any other religious group rented out the space to celebrate their beliefs on the same weekend, this wouldn’t be a story at all. So why is it controversial when the group involved doesn’t believe in God?