In a First, Vatican Arrests One of Its Own On Child-Rape Charges September 24, 2014 Terry Firma

In a First, Vatican Arrests One of Its Own On Child-Rape Charges

Last year, Archbishop Jozef Wesolowski, the papal nuncio (ambassador) to the Dominican Republic, was recalled to Rome after allegations surfaced that he’d been sexually abusing Dominican boys for years. The Vatican defrocked him three months ago and announced it was conducting its own criminal investigation (I wrote about it here). Now, Wesolowski has been formally placed under arrest, which appears to be the first time that’s happened to a senior clergy member in the sordid history of the Catholic Church’s sexual child abuse scandals.

The Vatican has arrested a former archbishop following revelations he sexually abused young boys while serving as papal ambassador to the Dominican Republic. Jozef Wesolowski of Poland was defrocked in June and is now being held under house arrest per the orders of a Vatican criminal court. 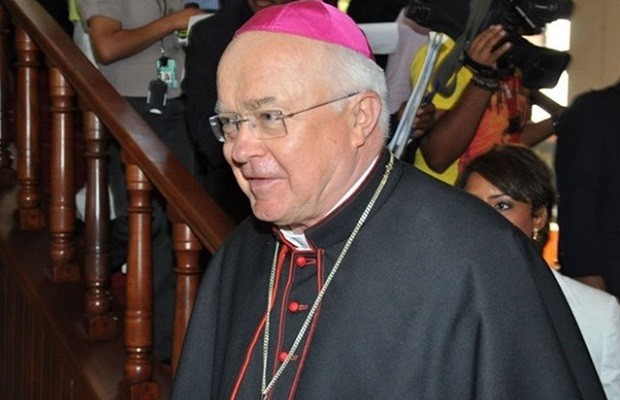 Wesolowski is being investigated in the Dominican Republic, where he allegedly paid for sex with young boys. As the Vatican’s ambassador there, formerly known as an apostolic nuncio, Wesolowski had diplomatic immunity and was protected from charges. The Vatican stripped him of that protection in August. Wesolowski is appealing the decision to defrock him and a final decision will be made in October…

“Far from any intention of a cover-up, this action demonstrates the full and direct undertaking of the Holy See’s responsibility even in such a serious and delicate case, about which Pope Francis is duly and carefully informed and one which the Pope wishes to address justly and rigorously,  ” the Vatican press release from August read.

It’s a small step. (House arrest doesn’t sound like the hammer is coming on Wesolowski, now does it?) Problems and doubts still remain. Did the Vatican subvert the course of justice by recalling Wesolowski to Rome, rather than letting the Dominican prosecutors and courts put him on trial? Will the Vatican prosecute the man as vigorously as an impartial secular justice system would have? Is he being scapegoated to the exclusion of other Catholic evildoers?

Still, the arrest is mildly encouraging. Too bad Wesolowski wasn’t placed in cuffs, perp-walked, and placed in a concrete cell, of course; on the other hand, nothing about the current events indicates that the Vatican is trying to sweep his misdeeds under the rug. We’ll be watching further developments closely.

September 24, 2014 In the Least Surprising News You'll Hear Today, Stephen Hawking is an Atheist
Browse Our Archives
What Are Your Thoughts?leave a comment