In India, until now, various forms provided by the government asked citizens to disclose their religion — and “none” wasn’t an option. Good news:

In a landmark ruling, the Bombay high court on Tuesday held that the state cannot compel any individual to declare or specify his or her religion, on any form or declaration. Acting on a public interest litigation (PIL) filed by three individuals, the division bench of justices Abhay Oka and AS Chandurkar further held that every individual has the right to state that he or she does not belong to any religion and does not practice or profess any religion. 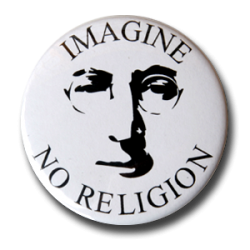 “India is a secular democratic republic,” the bench further said. It added that there is complete freedom for every individual to decide whether he or she wants to adopt or profess any religion. “He may not believe in any religion,” the bench said. “If he is professing a particular religion, he can give up the religion and claim that he does not belong to any religion.”

The suit was filed by three unlikely candidates for secularism, at least on the face of it:

Huh. Alright then. Anyway, the right to not have to declare a religion is so simple, so elementary, that what the justices wrote shouldn’t have to even be discussed. But they just did, and India’s religionists can put that ruling in their pipe and smoke it.