New Survey Says Americans Equally Split Between Those Who Think Government Gets in the Way of Religion and Vice Versa September 22, 2014 Hemant Mehta 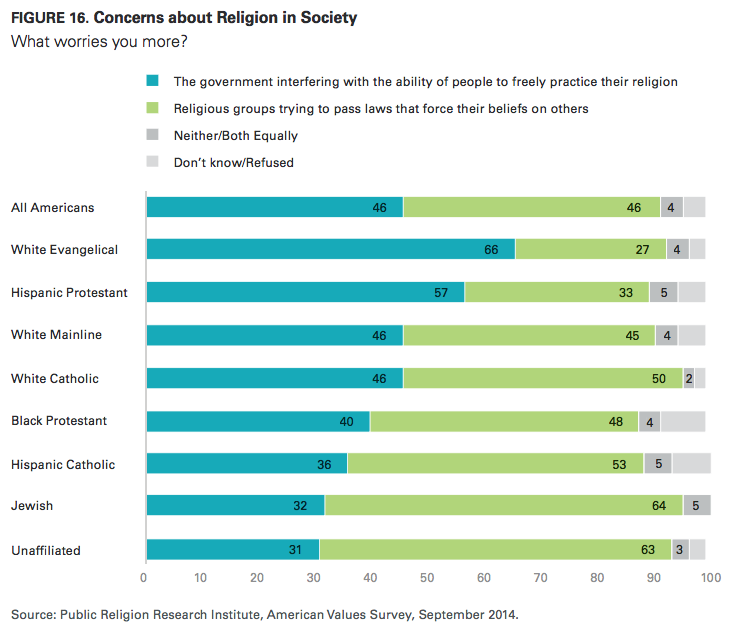 Of course, when you break it down by religious group, that split varies widely. 66% of White Evangelicals see their religious freedom under attack (the Fox News Channel crowd) while only 31% of the religiously Unaffiliated feel the same way (see below): 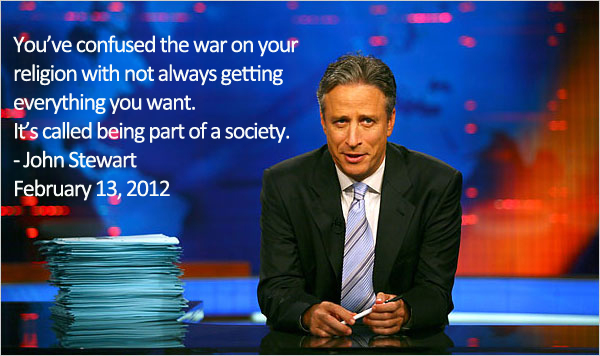 Where it gets really interesting is when you break down the data to individual religious groups, like Catholics:

Catholic Millennials (age 18-34) are more concerned about religious groups trying to pass laws that force their beliefs on others (58%) than they are about the government interfering with people’s ability to practice their religion (36%). Catholic members of the Silent Generation (age 69 and older), by contrast, are more concerned about the government interference with people’s religious practice (55%) than they are about religious groups attempting to pass laws that impose their beliefs on others (36%).

Overall, younger people are slightly more likely to worry about religious groups legislating their beliefs (52%) than about the “War on Religion” (43%). If only they would vote…

The upside, though, is that we know the percentage of Unaffiliated Americans is still growing. If the two trends merge, that likely means more support for church/state separation.