Gay Couple Told by Catholic Priest That They Must Divorce if They Want to Remain in the Church September 22, 2014 Hemant Mehta

Here’s another example of religion making an otherwise decent person act like an asshole — because it’s what his faith teaches him to do.

Rev. Samuel Spiering became the administrator of St. Leo the Great Catholic Church (below) in Lewistown, Montana early last month. And one of his first orders of business was to pry into the private lives of parishioners Paul Huff and Tom Wojtowick, both volunteers at the church. 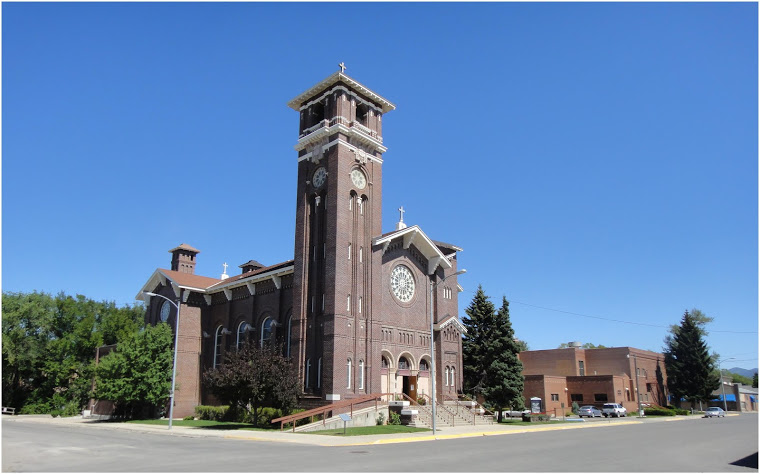 The two had recently gotten married, word reached Spiering, and he took the loving Catholic approach:

… Spiering dismissed the pair from their volunteer posts in the church and told them they could no longer receive Communion, a sacrament at the core of a believer’s faith.

Wojtowick and Huff were stunned and stung by the action. It sprang from the Catholic Church’s opposition to same-sex marriage and its belief that homosexual behavior is a sin.

Wojtowick, 66, and Huff, 73, lifelong Catholics, have been partners for more than 30 years. The two men, both members and active at St. Leo’s and the community, married in Seattle in May 2013 to have the legal rights of spouses in their later years.

A committed elderly couple… treated like shit because Catholic doctrine doesn’t have the heart to say “you’re a part of this Church.”

It gets worse. After conversations with Spiering and Bishop Michael Warfel, the couple said they would sign a “restoration statement” which said marriage is reserved for one man and one woman — essentially denying their own right to love each other.

“It was not our intent to challenge that (concept), but to have the rights of civic protections in our old age,” Wojtowick wrote.

It gets worse. Spiering told the couple that wasn’t enough:

… Wojtowick said the priest told him they would also have to set up a timeline for the two men to separate and divorce, which Wojtowick said he and Huff did not agree to.

The Catholic Church: Protecting the sanctity of marriage when they’re pressuring you to get divorced. Classy.

How much more evidence do people need that this is an awful, immoral institution? I’ve seen some comments online claiming that many of the churchgoers oppose the way the gay couple is being treated… but it’s not like they’re leaving the Church. And as long as the attendance doesn’t change, the anti-gay bigotry won’t stop. Even under Pope Francis, the judging of others is in full force.

(Thanks to Joel for the link)

September 22, 2014 Atheist Group Helps to Clean Up Southern California River (Again)
Browse Our Archives
What Are Your Thoughts?leave a comment