The Pew Research Center has released a study examining how political polarization affects the values we want children to learn. For example, “consistently conservative” people believe teaching children to have religious faith is important — no surprise there: 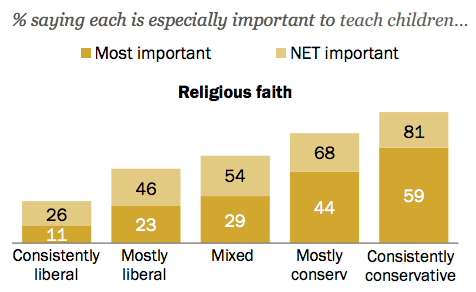 Just to be clear, that says 59% of “consistently conservative” people find religious faith to be the most important thing you can teach a child, while 81% of them find it important, period.

But I want to draw your attention to another part of the survey: What happens when you break people down by religious beliefs? How do their priorities shift?

Pew did just that — segmenting out the white evangelical Protestants, white mainline Protestants, Catholics, and the Unaffiliated — and the results are striking: 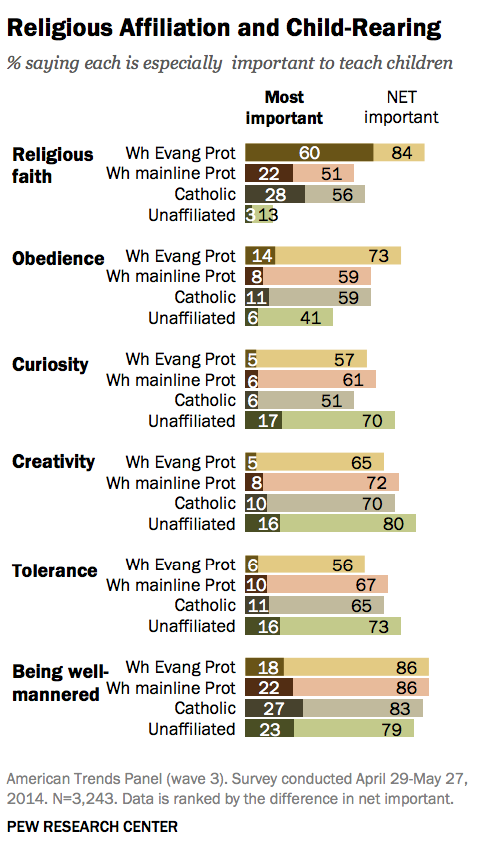 Other than faith, which is a given to me, what’s important to white evangelical Protestants? Obedience. 14% of them felt obedience was the most important value one could teach a child, compared to only 6% of those without a religious affiliation who felt the same way.

On the flip side, only 5% of white evangelicals felt curiosity was a major priority (compared to 17% of the Unaffiliated). The same disparity exists for creativity (5% vs. 16%) and tolerance (6% vs. 16%).

At least everyone felt being well-mannered was an important quality, overall…

I can’t say I’m surprised by that either. Obedience, in many ways, goes against curiosity and creativity. Do you obey the rules or challenge them when they don’t make sense? Do you automatically listen to authority figures or do you question what they’re saying? Do you color between the lines or dare to go outside of them? And do you treat other people as human beings deserving of equal rights and compassion, or do you pre-judge them based on things like their sexuality?

It plays right into the worst stereotypes we have of religious conservatives, but it’s nice to have some numbers to work with.

Here’s another way of looking at it: Check out how the list of values changes depending on whether you’re talking to consistently liberal people or consistently conservative people (though it’s more fun to mess with this interactive table): 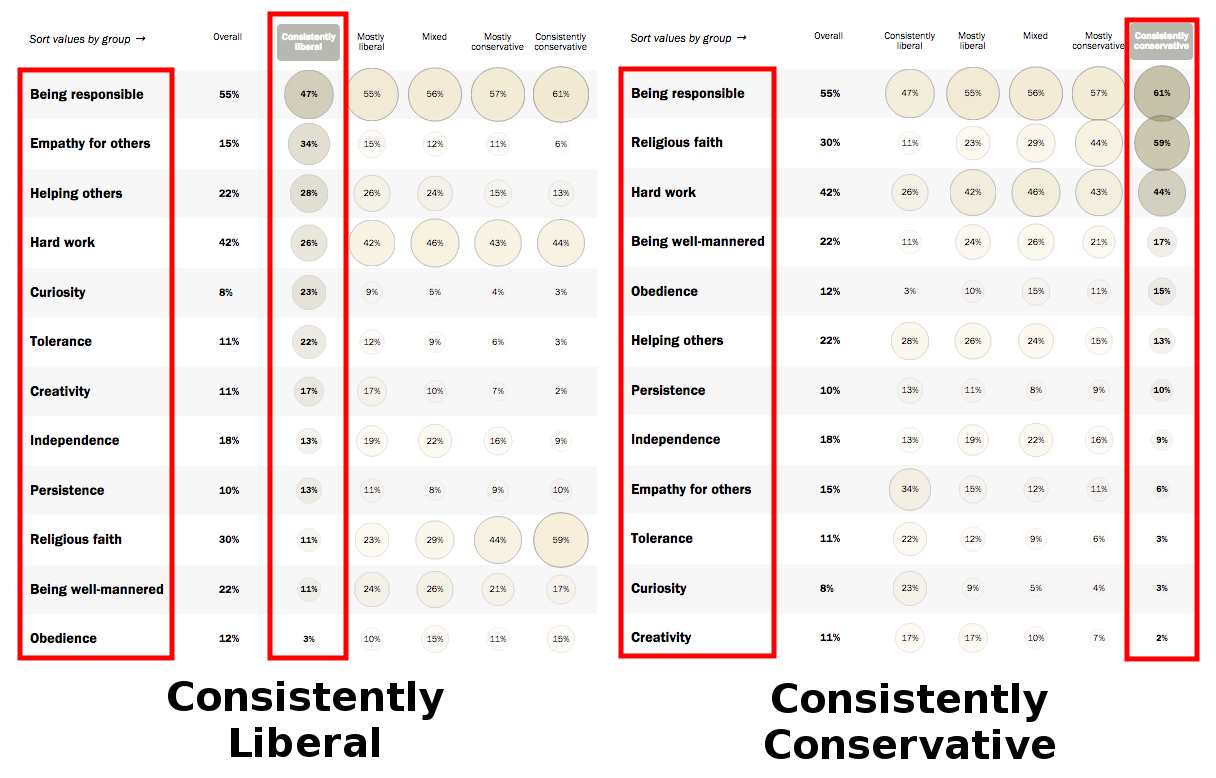 Everyone wants to teach children to be responsible, but it all shuffles up after that.

The survey has an overall margin of error of 2.3%, though it increases a bit for each subgroup. You can read the full report here.

September 19, 2014
That's One Way to Make an Interfaith Marriage Work for You
Next Post

September 19, 2014 Australia Says It Prevented Acts of Islamic Terror With Massive Sydney Police Raids
Browse Our Archives
What Are Your Thoughts?leave a comment