James Woods, the progressive atheist officially running for Congress as a Democrat from Arizona’s 5th District, released a campaign video yesterday giving voters a glimpse into his life: 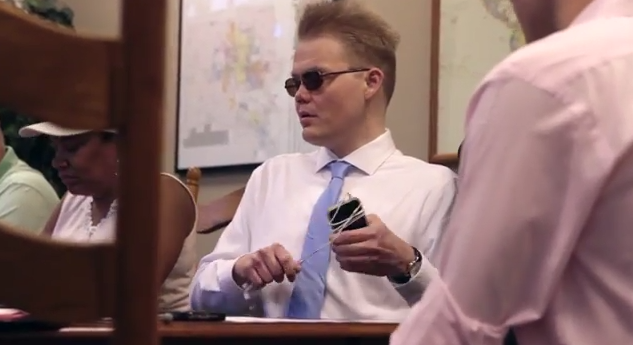 Woods, you may recall, responded to a pro-life group’s survey last month by telling them he couldn’t support policies that “jeopardize[d] the health and stability of women and their families.” And then he included in his response letter a few condoms with the words “Prevent Abortion” on the wrappers.

There’s no explicit mention of Humanism in the video itself, but it’s not really necessary. You get a sense that he exudes those values regardless — and, let’s be honest, not talking about his religious beliefs only makes him more electable.

The question now is whether voters will pay him any real attention, given that he’s up against a tough Republican incumbent. You can donate to his campaign here.

September 18, 2014 Harvesting a Future Saint: Catholic Church Fights Over Who Gets to Cut a U.S. Archbishop's Corpse
Browse Our Archives
What Are Your Thoughts?leave a comment