Wannabe Jihadis Crave Some of That Beheading-Video Glamour; ISIS Said to Have Signed Up Recruits in Droves September 17, 2014 Terry Firma

Wannabe Jihadis Crave Some of That Beheading-Video Glamour; ISIS Said to Have Signed Up Recruits in Droves

Who knew? Terrorist snuff movies are a great recruiting tool, because previously lukewarm young Islamists go gaga over them. That’s according to the International Centre for the Study of Radicalisation (ICSR) at King’s College London, reports the Guardian.

Barbarous online films, such as the two-and-a half-minute video showing the killing of British aid worker David Haines released on Saturday night, are “turning on” jihadists in countries such as Tunisia and Libya who had previously reacted coolly to the civil war between the Sunni fundamentalists of Isis and the Shia minorities in Syria and Iraq. 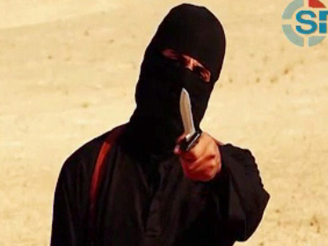 Evidence from the Twitter, Facebook, Ask.fm and Instagram accounts of 450 foreign fighters in Syria and Iraq and others who follow them suggests the filmed murders and speeches attacking Washington and London appear to have made Isis’s cause more glamorous to extremists abroad…

The response may explain why ISIS fighters have released the videos and have threatened to kill another Briton, Alan Henning. Some analysts have asked why Isis leaders would invite stronger military intervention from the west, but postings on social networks used by jihadis suggest the tactic could be aimed at widening support for ISIS.

People in Tunisia and Libya are particularly interested in the prospect of fighting American and now British enemies. This is turning on people who were radicalised before this conflict started but weren’t particularly excited by the Sunni-Shia battle.

Neumann adds that, among Islamic youth in Tunesia and Lybia, a not-atypical reaction to the beheadings is “pure jubilation.”

September 17, 2014
A Fundamentalist Mormon Was Allowed to Keep Silent About Child Labor Violations Due to (Wait For It...) Hobby Lobby
Next Post