Cynthia Fernandez, a toll collector in New Jersey, quit her job last week not long after she was told by her boss not to say “God bless you” to drivers: 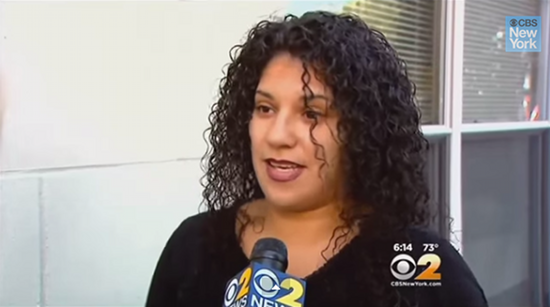 Fernandez told CBS New York this week that she used to say “Have a good day” and “God bless you” to drivers as they left, but her employer, Henry Lee, asked her to stop mentioning God .

“[My boss] told me he wanted to talk to me, that I couldn’t say ‘God bless you’ anymore to customers because somebody might get offended,” she explained.

This is one of those grey areas for me when it comes to church/state separation. It’s obviously a harmless gesture and I doubt Fernandez has any intention of proselytizing to the drivers.

On the other hand, where should we draw the line? Unfortunately, if you give conservative Christians an inch, they (have and) will take a mile. Many of the legal battles we see today over religious invocations and “In God We Trust” displays are relatively benign on the surface — but, together, they create a trend of Christians pushing God in government and it’s much harder to push back after that progression gets out of control.

The best thing we can do is put a stop to it immediately.

Does that mean people will claim we’re being petty? Absolutely. I really wish Fernandez didn’t feel pressured to quit over this, but I can tell you exactly how this will play out if it doesn’t stop: She will continue to say “God bless you.” Other government workers will follow. Other toll workers in other locations, hearing about what she’s doing, will say the same thing. Next thing you know, “God bless you” signs are being put up in toll booths everywhere.

And the moment a church/state separation group attempts to put a stop to it, the reaction will be, “Well, you never complained about it before!”

It’s not the slippery slope fallacy. It happens all the time.

“These same people would have a meltdown if a different toll collector exercised their different belief by saying ‘Allah is great’ to passing drivers, or an atheist toll collector expressing their view by telling a parkway patron to ‘have a Godless day.’ They’d call for immediate firings.” he said. “Believe what you want, but there’s a time and a place and not everyone thinks like you think. Not every random thought and belief has to be expressed on the job to total strangers.”

Again, this particular example isn’t a big deal. It’s not even a small deal. My concern isn’t with what Fernandez said. It with where these micro-violations lead.

September 14, 2014
Advice Columnist in Christian Magazine Tells Reader Not to Sign a Prenup Because It Would Diminish Her Marriage
Next Post

September 14, 2014 Massachusetts Mega-church Votes to Let Women Serve as Elders
Browse Our Archives
What Are Your Thoughts?leave a comment