Bill Maher Discusses the Problem with Islam on Charlie Rose

Bill Maher appeared on Charlie Rose Tuesday night to discuss his upcoming comedy special and, as expected, the conversation eventually steered to religion. Maher made the point that people like Sam Harris have been making for a while: Criticism of what the Koran says seems off-limits these days and moderate Muslims are not doing enough to denounce the extremists. 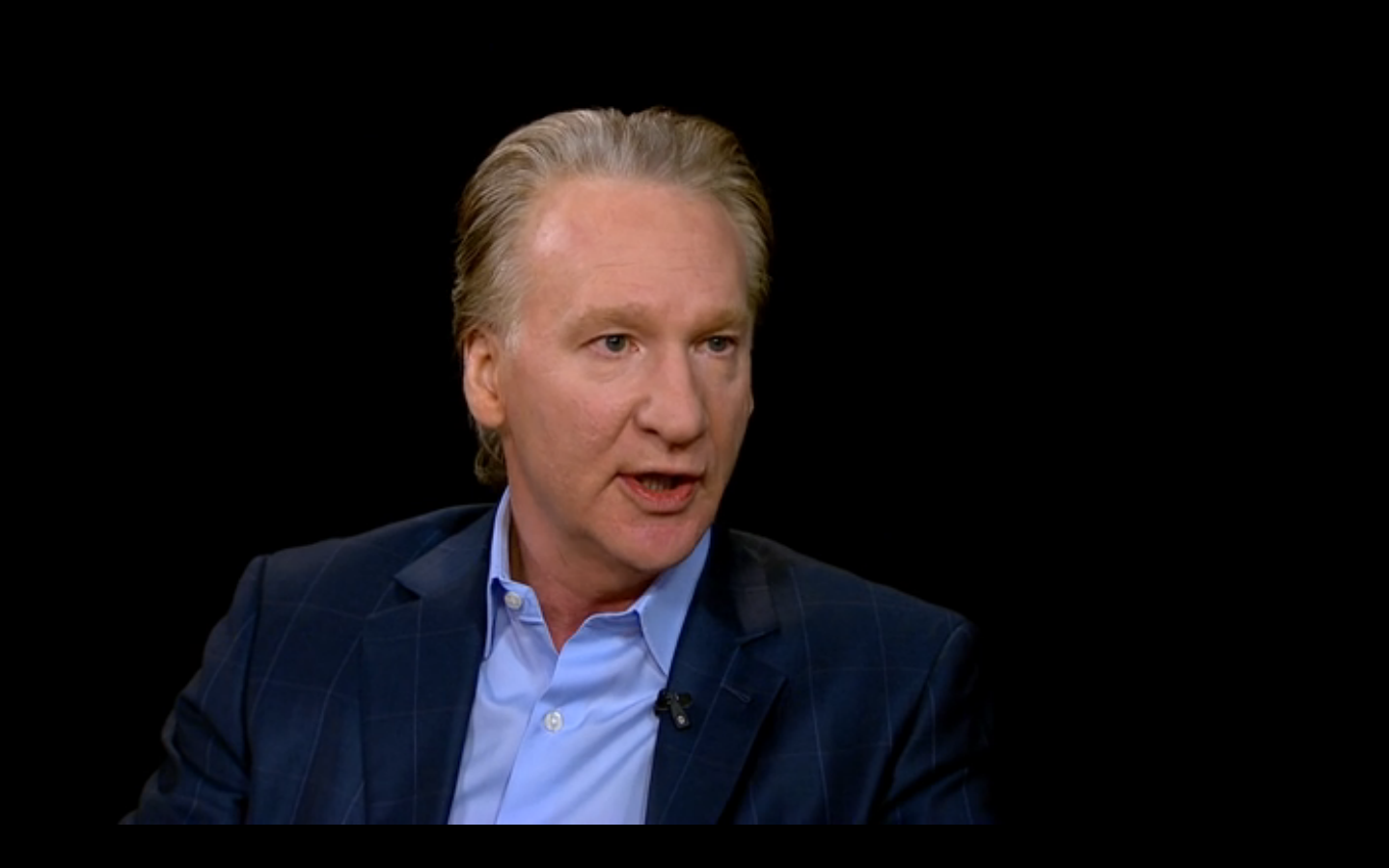 Maher claimed that the “vast majority” of Muslims supported draconian measures against those who leave the faith or draw a picture of Muhammad… Like Rose, I have to challenge him on that. I have yet to see evidence to justify that claim. However, Maher is right that in certain countries, that’s true. As he said, in Egypt, according to the Pew Research Center, 82% of Muslims support stoning people who commit adultery while 84% of Muslims support the death penalty for apostates: 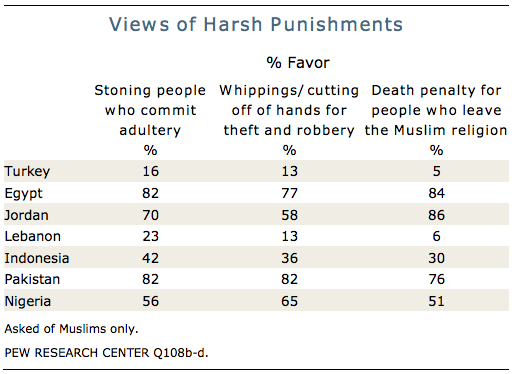 What about when you’re not in the Middle East? The Pew Global Attitudes Project found that, even in America, Muslims weren’t universally opposed to suicide bombings. In fact, more than 20% of American Muslims could think of some justification for it: 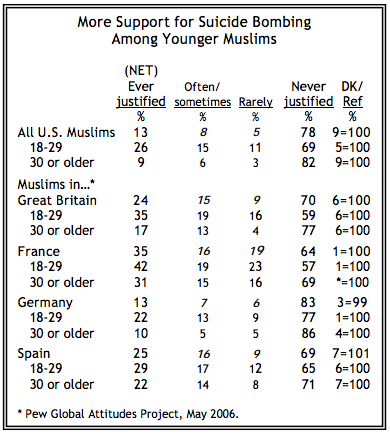 You can see a lot of other links to surveys with disturbing findings here.

Rose then asked Maher if he would ever consider debating a moderate Muslim over these issues, to which Maher responded, “Find one.” He was being facetious — Congressman Keith Ellison and professor Reza Aslan are both moderate Muslims who have appeared on Real Time before. (They were also on CNN this week discussing similar comments made by Maher.)

There’s no doubt that there are plenty of moderate Muslims who denounce violence in the name of their faith, even if they’re not always highlighted in the media. But when it comes to other non-violent issues, like supporting cartoons criticizing the faith in the name of free speech, many of those voices seem to fade away.

Maher will inevitably come under fire as he always does for his comments, but it’s a conversation we should be willing to have even if we disagree with him. Islam alone doesn’t create extremists, but it’s one hell of a potent ingredient. And when you live under a regime that’s already prone to violence, religion is perhaps the most powerful tool those leaders have to keep the people under their control.