Huntington (West Virginia) mayor Steve Williams (below) has discovered the silver bullet against drug addiction: prayer. In a video, originally sent to friends and pastors, the mayor laid out his plan. 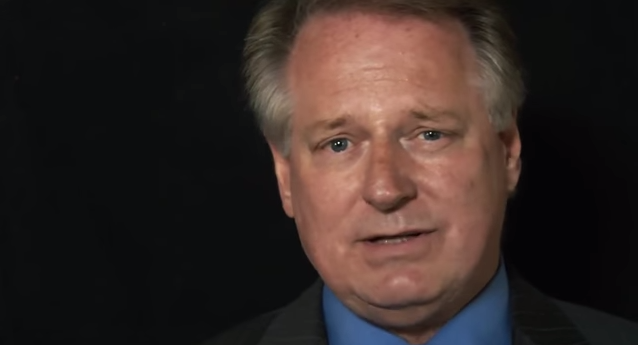 People say, he notes, that there is…

… not a silver bullet [for combating substance abuse], but I really don’t believe that. There’s one area that I haven’t seen that there’s been a concerted effort within the Tri-State community, and that’s what I wanted to chat with you about. What I’m wanting to ask you is if you would join all the churches within the Tri-State on one day in September, one Sunday in September, and have your church, during your Sunday services, participate in prayer with all the other churches, all the other congregations throughout the Tri-State area…

The video garnered a considerable amount of attention after its production. The Charleston Daily Mail reports that it:

… has since gone viral with more than 1 million combined hits on the video website Vimeo and YouTube, according to the latest report the mayor received from Trifecta Productions’ Joe Murphy, who recorded the video.

This past Sunday, the mayor’s plan came to fruition.

It was a full house at [Mayor Williams’] Fifth Avenue Baptist Church Sunday when worshipers joined countless other congregations in a prayer to stop substance abuse and the pain it leaves in its wake.

Now, while the mayor’s goals are laudable — “recovery” for those dealing with substance abuse, “protection” for the community’s “law enforcement officers,” and intervention on behalf of the drug dealers to stop them from preying on the vulnerable — relying on a fictional solution to a real problem isn’t going to solve anything. Williams does note that the community is attempting other solutions, but he also mentions in his video that he “can’t imagine the power that would be unleashed” by congregations joining in prayer on the topic. He seems to think prayer is a not only a genuine solution, but the best solution:

I’ve come to understand and experience how powerful prayer can be personally in my life and certainly what I’ve observed within my administration and how we’re going about doing business.

There doesn’t appear to be a church/state violation here since Williams wasn’t using any city resources to make his announcement, though you have to wonder why Williams mentioned the power of prayer in terms of “how we’re going about doing [the city’s] business.”

No word yet on how the prayers’ effectiveness will be measured.

September 9, 2014 Thailand's New Prime Minister Believes in Feng Shui, Holy Water, and Black Magic
Browse Our Archives
What Are Your Thoughts?leave a comment