Last week, the American Humanist Association released the results of a poll they conducted about the phrase “Under God” in the Pledge. The poll showed that when people are told about the history of the phrase — how it was added to the Pledge in 1954 during the Cold War — more than a third of respondents supported removing the phrase.

The AHA is following up those results today with what’s sure to be a controversial national campaign. They’re urging students to remain seated during daily recitations of the Pledge of Allegiance to show solidarity with the non-religious people who are being discriminated against — and that means educating everyone about the history of “Under God.” The campaign includes bus ads in Washington, D.C. and New York City as well as 15-second ads on YouTube: 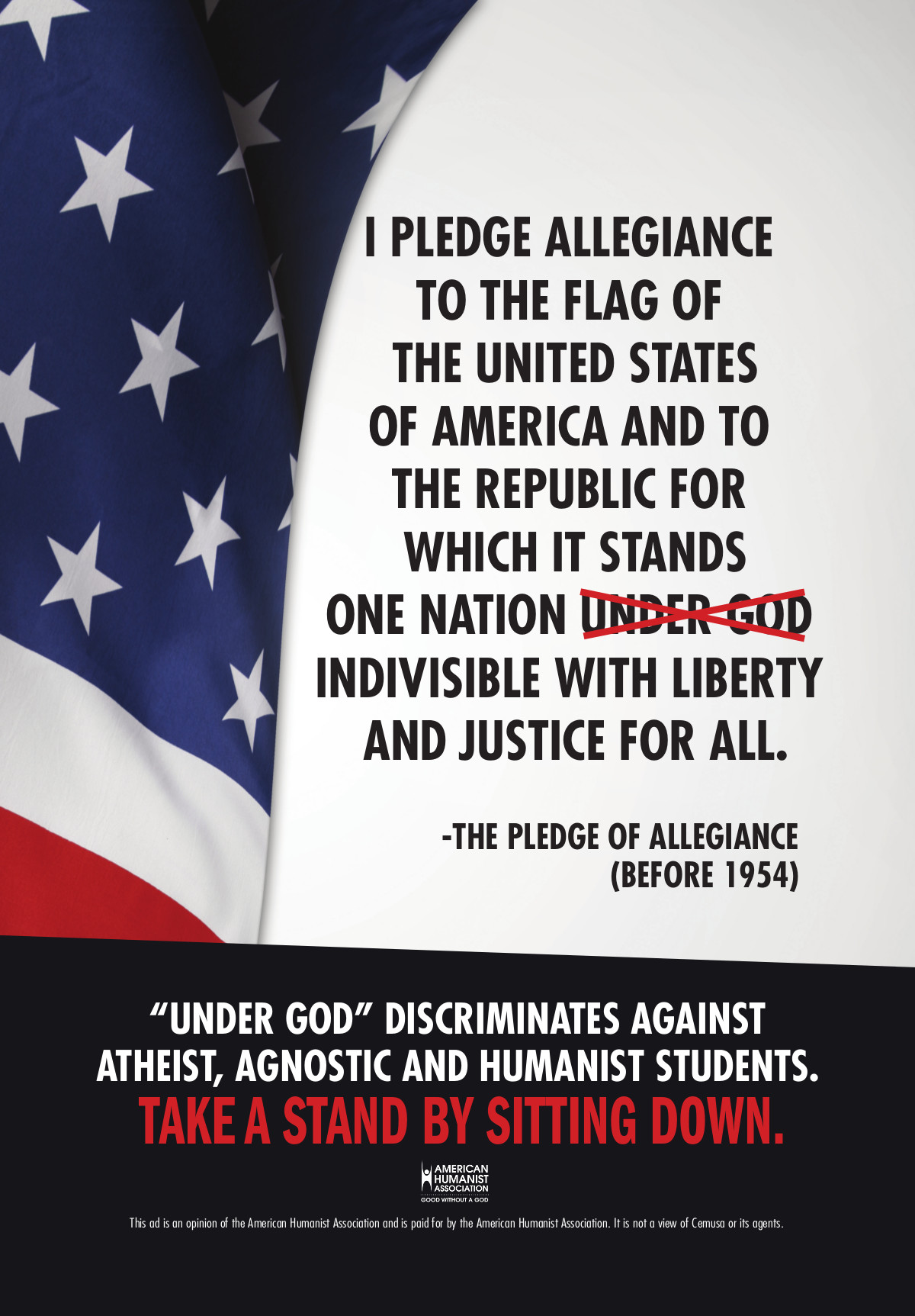 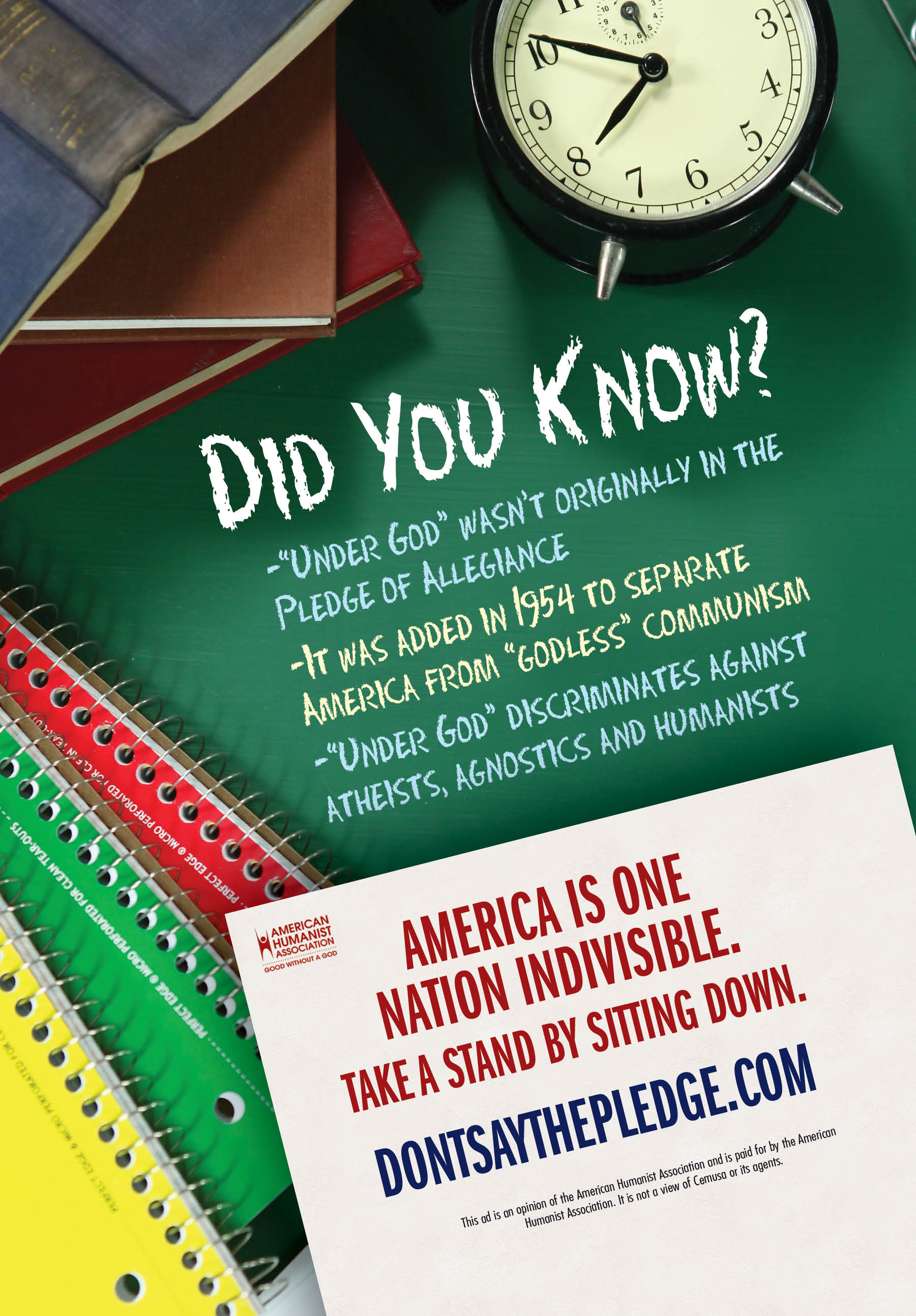 In addition to teaching people about when “Under God” was added to the Pledge, the AHA also wants to remind students that the Supreme Court, in the 1943 case West Virginia State Board of Education v. Barnette, made clear that no one can be punished for staying seated during the Pledge.

“Through the daily Pledge exercise, our public schools are defining patriotism by promoting god-belief while stigmatizing atheist and humanist children,” said David Niose, legal director of the American Humanist Association’s Appignani Humanist Legal Center. “This violates the principles of equal rights and nondiscrimination, which is why we are currently challenging ‘under God’ in the Pledge with a lawsuit in New Jersey.”

You may recall that Niose lost a recent case in Massachusetts in which he was trying to get the state Supreme Court to declare the Pledge unconstitutional for reasons of discrimination. They’re trying it once again, as he said, in New Jersey.

The big question regarding their campaign is whether any students will refuse to stand as a result of it. You can be fully educated about the history of the Pledge and know your rights, and that still may not be enough for students to take on the role of class lightning rod. Hell, if I were in their shoes, I’m not sure if I’d want to do it. But it would be an amazing thing to see groups of students — including religious ones — remain seated in solidarity with atheists so that one of their classmates isn’t singled out.

The AHA is also offering legal resources to students who are punished in any way for remaining seated.

In case you think that never happens, I would point you to a student in New York who was punished for not standing for the Pledge earlier this year. It happened in 2012 in New Jersey, too.

On the flip side, when a couple of elementary school students remain seated last year, one of them convinced most of her classmates to join her.

September 8, 2014
Despite Going Through Ten Years of Conversion Therapy, She Finally Had the Wedding of Her Dreams
Next Post

September 8, 2014 Are Catholic Priests Obligated to Report Confessions Involving Abuse? The Supreme Court May Soon Decide
Browse Our Archives
What Are Your Thoughts?leave a comment