At a recent pro-life (or anti-abortion or whatever you want to call it) rally in California, Monica Snyder of the group Secular Pro-Life urged the audience not to forget about the non-religious demographic when making their arguments: 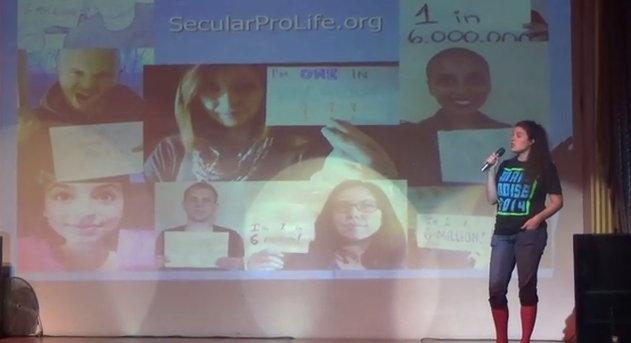 Polls show that at least 15% of people who say they have no religion also call themselves “pro-life.” If you do the math on that, that’s millions of Americans — at minimum 6 million Americans. That’s what these pictures are about. These are all secular people who call themselves “pro-life.” My group, Secular Pro-Life, is trying to do this solidarity thing where if you are secular and pro-life, send us a picture saying you’re one of us, because it’s easy for us to feel like we’re the only one. 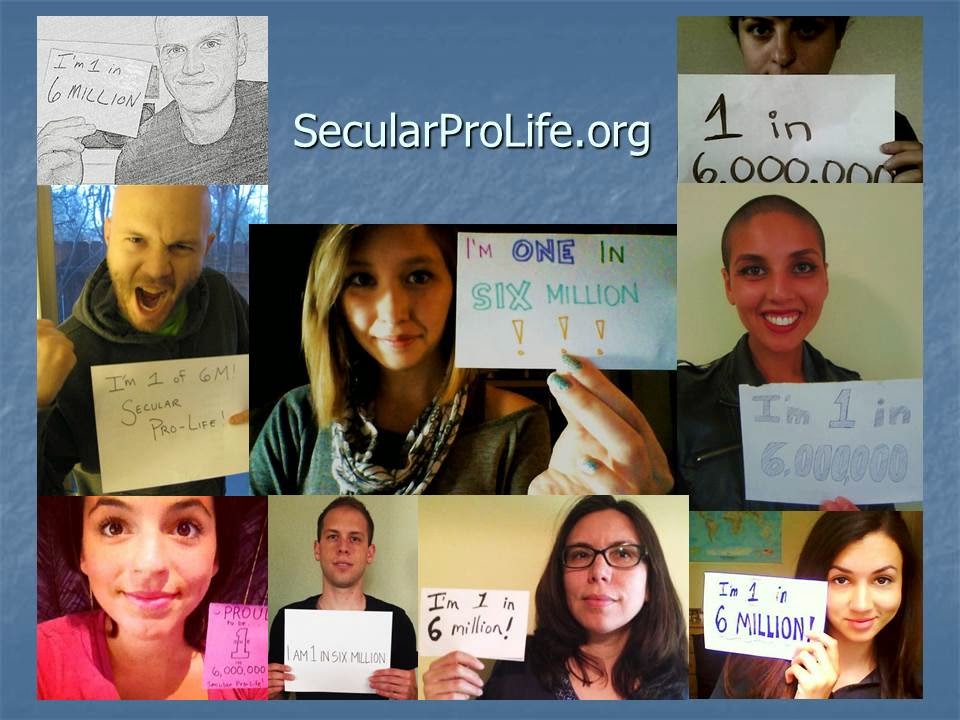 … if we want to make abortion unthinkable (and we should!) then we need a stronger voice. We need a more persuasive, larger movement, and we’re going to need everyone. And when you’re talking about “everyone” in a country as diverse as the United States — in a state as diverse as California! — “everyone” is going to include people that, at least in one way and sometimes more, are very different from you. So how do you talk to those people? How do you talk to people that come from such a different place and reach those hearts and minds?

I don’t agree with her at all on this issue — I don’t want abortions to become illegal, as she does, nor do I believe we ought to consider them “unthinkable” — but there’s something incredibly compelling about watching her tell a group of (mostly) Christians, Don’t ignore me. We can work on this issue together.

You may recall that a member of Snyder’s group tried to volunteer at a crisis pregnancy center last year, only to be turned away because she was an atheist.

I’m not sure there’s a way to change that. And I think many of you will agree with me that it’s not even a bad thing, letting them wander around on an island where their views don’t spread very far. That would make this a rare example of non-religious individuals fighting for inclusion in a larger community, only to have their efforts jeered by other atheists.

September 3, 2014 Allahu Ak-beard: Muslim Prisoner, Represented by Hobby Lobby Law Firm, Asks the Supremes to OK His Facial Hair
Browse Our Archives
What Are Your Thoughts?leave a comment