Man Claiming to Be the “Dark Lord” Arrested for Burning Up and Urinating on a Bible on Church Property August 29, 2014 Hemant Mehta

Last night, a representative from Prescott, Arizona’s Gospel Rescue Mission called the police because he saw someone burning something on the front steps of the building.

It turns out that 22-year-old Eric Minerault (below) was burning up and urinating on a wet Bible. 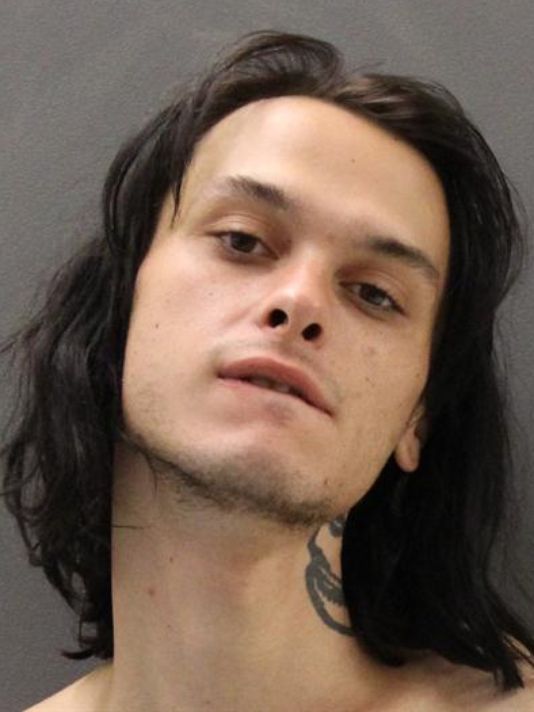 He was dressed in black and was wearing a long, black and red robe and a pentagram necklace… He said that he chose the mission because he believed it was a place of Christian worship and he was “cursing the Christians”. The officers asked him why and he said because he is the “Dark Lord”.

Minerault was charged with “Unlawful Symbol Burning” and put in a detention facility.

In case, like me, you were wondering how burning a symbol was a crime, this particular state law only applies when you’re burning a symbol on someone else’s property without their permission and with the intent to intimidate others. Makes sense.

What he did was stupid, whatever his reasons were. It’s one thing to desecrate a symbol in protest; it’s another to damage church property in the process.

Minerault didn’t immediately respond to my requests for comment. I’ve also reached out to the Mission to find out if there was any property damage and if they needed any help.

***Update***: A Mission official told me (via email): “the young man was never able to light the fire he wanted so there is no damage or need for clean up.” Glad to hear that.

(via The Smoking Gun. Thanks to Dave for the link)

August 29, 2014 Former InterVarsity Leader at Vanderbilt: We Were "Kicked Off Campus for Being the Wrong Kind of Christians"
Browse Our Archives
What Are Your Thoughts?leave a comment