For every heartwarming coming-out story, there’s one that will make you sick.

Daniel Ashley Pierce, a 20-year-old from Georgia, has one of those stories. He came out several months ago to an “unresponsive” family, but this week, he managed to film an abusive altercation between them about his sexual orientation. His friend posted the video on YouTube under the title “How Not To React When Your Child Tells You He’s Gay.”

(Warning: This video is disturbing and contains graphic language, and it may be triggering to some.) 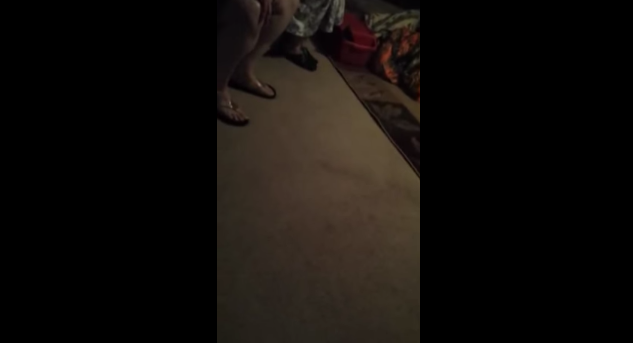 For those who aren’t watching, the video begins with Pierce’s family members telling him that his “choice” goes against the word of God, and that he is no longer welcome to live in their home. When he challenges them, his father and grandparents join in the harassment, yelling slurs at him and cursing at him. Eventually, the camera shakes and you can hear his family members physically beating him as he screams for them to stop.

“No, you can believe that if you want to,” a woman, presumably his grandmother, can be heard saying, “but I believe in the word of God, and God creates nobody that way. It’s a path that you have chosen to choose. … You go by all the scientific stuff you want to. I’m going by the word of God.” She goes on to say that since Pierce has “chosen that path” they will no longer support him and he needs to move out because she “will not let people believe that I condone what you do.”

Pierce spoke to the Huffington Post about what happened:

“Their reaction was pretty much expected [once] I chose to leave instead of pray because they have always been very vocal about not supporting the gay lifestyle,” he told HuffPost. “My [stepmother’s] reaction was the most surprising and hurtful.”

The family members involved in the intervention, which he says was “driven by my grandparents,” have not contacted the media, but they left Pierce a voicemail telling him to remove the video of the incident from YouTube. Pierce also says he did not contact police over the apparent altercation in the video.

Pierce’s friends have started a GoFundMe campaign to help cover his expenses, so if you’ve got the means, consider donating here. Keep in mind the family’s justification for abusing their son: the word of God. I could rant for days about how despicable this is and still not find the right words. My heart is broken.

August 29, 2014
Florida Mayor Kicks Atheist Out of City Commission Meeting After He Doesn't Stand for the Invocation or Pledge
Next Post

August 29, 2014 Man Claiming to Be the "Dark Lord" Arrested for Burning Up and Urinating on a Bible on Church Property
Browse Our Archives
What Are Your Thoughts?leave a comment