If you were to make a list of the problems with religion, topping that list might be its involvement in wars, both real and cultural. Religion can be used as a weapon to marginalize different groups of people (like the LGBT community) and we’ve all seen the physical destruction devout faith can cause in different parts of the world.

So if you wanted to convince people to come to your church, using a war metaphor would be a pretty horrible way to do it.

But that’s what Fellowship Church Pastor Ed Young has done. The man who owns a personal jet and asked his congregation to give him direct access to their bank accounts created a movie trailer for his recent sermon series making the connection between God and a weapon of war: 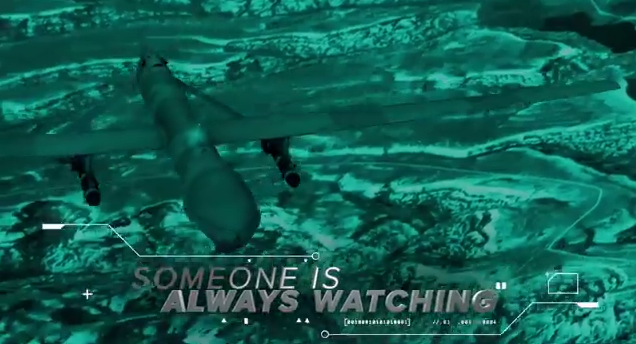 Yep, God is a drone. Because they both watch over you… and they both have the ability to ruin the lives of innocent people.

(I’ve heard of drones in church, but they’re usually the ones speaking. *Cue rim shot*)

Matthew Gault is rightfully disturbed by the connection:

… the drone metaphor is a terrible and disturbing one. It trivializes the big questions about a scary new technology and equates God with a weapon of war.

We asked Young about his choice of metaphors. He explained that he was following Jesus’ example. Young explained that Jesus made use of cultural icons his culture could connect with to strengthen his sermons. “We do the same thing,” Young said. “We try to use things that our culture can identify with.”

Young also claimed he never thought of Drones as scary. “I hadn’t really thought about it being ominous but you probably have a good point.”

That didn’t stop him from giving a month’s worth of sermons about the connection — you can see the first one here. It’s a loose connection at best and one that plays right into his critics’ hands… but it’s manly and powerful and that’s pretty much catnip for someone like Young.

As someone who has (*ahem*) made unwise comparisons involving God before, I would urge Young to step back from this one.