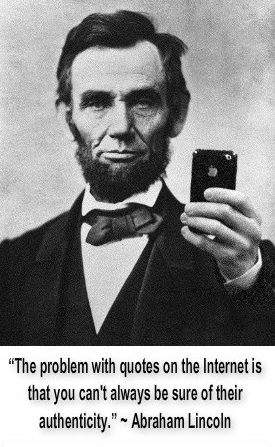 In my experience, the most common Internet misattributions have some link to religion, a field where a reverence for facts is often doubtful to begin with and grotesque fabrications are baked right into the faith’s foundational “truths.”

The popular conceit of bamboozling meme-makers seems to be to pick a nice quotation by a relatively unknown person, and then, in order to give it the frisson of fame and the weight of authority, attribute it to someone like Mother Teresa or Martin Luther King or Mahatma Gandhi or the Dalai Lama.

A close second, at least in the United States, are the quotes misattributed to the country’s Founding Fathers.

At the intersection of those two is where we find Jody Hice.

Hice, a pastor and radio talk show host from Georgia who’s on track to become a Congressman, loves to throw around made-up quotes as if it’s going out of style. And finally, someone called him on it. Buzzfeed‘s Andrew Kaczynski details meme after lying meme that Hice has attempted to spread through social media, turning statesmen like George Washington and Thomas Jefferson into his ex post facto mouthpieces.

Rather than my quoting Kaczynski at length, I suggest you just head on over to the Buzzfeed site to get the full extent of Hice’s deceit.

In the age of Google and Bing, it’s not difficult to check the veracity of a quotation. The fact that Hice hasn’t, doesn’t, and (most likely) won’t, is really all you need to know about the fiber of his character and the strength of his fact-challenged convictions.

In true Jody Hice style, I’ll give the last word to George Washington: 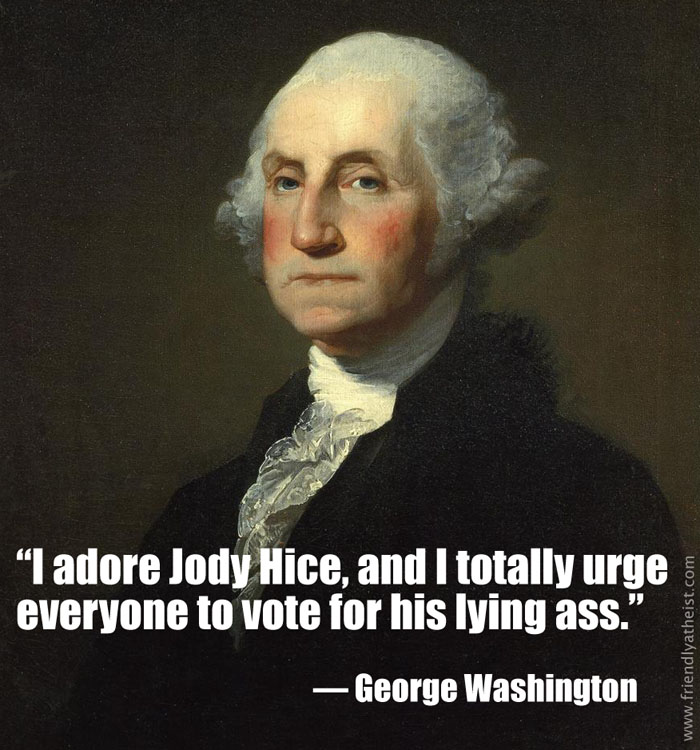 August 28, 2014
If Elected Judge, Her First Order of Business Will Be Putting Up a Ten Commandments Display in the Court Building
Next Post