In 2013, the Atheists of Butte County (in California) officially adopted a highway and they’ve cleaned up their two-mile stretch of Highway 99 every month since.

Yesterday, they realized the sign didn’t look the same… 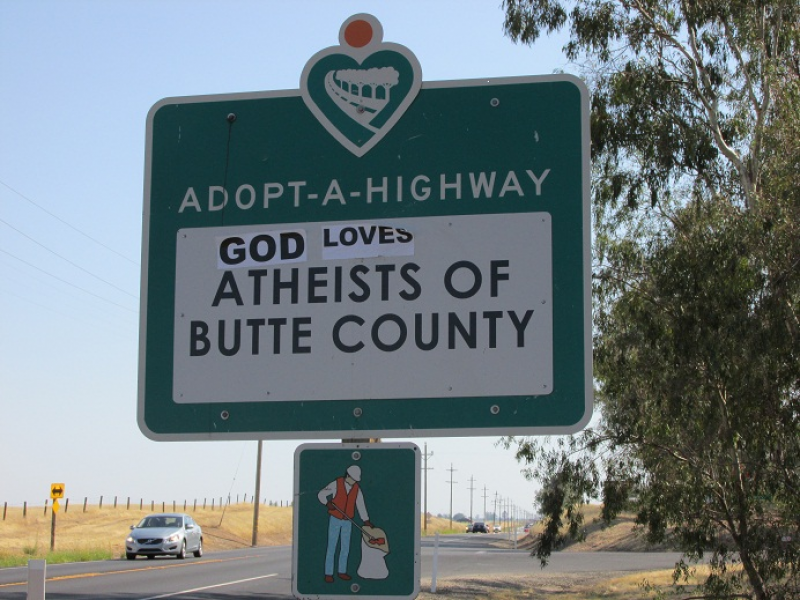 Are religionists so insecure that they have to run around vandalizing California highway signs?

Are religionists so bereft of moral values that they see nothing wrong with vandalizing highway signs that promote projects that are for one reason and one reason only, the public good?

As far as vandalism goes, it could clearly be worse, but it seems likely that the culprit(s) planned this in advance. The person had to get the stickers, stop off the side of the highway, and place them on the sign. For what purpose? Who knows. Even if God loves atheists, it’s the atheists who are directly helping the community.

It’s also not the first time the sign has been altered. In 2013, someone stuck the word “PRAY” to their post: 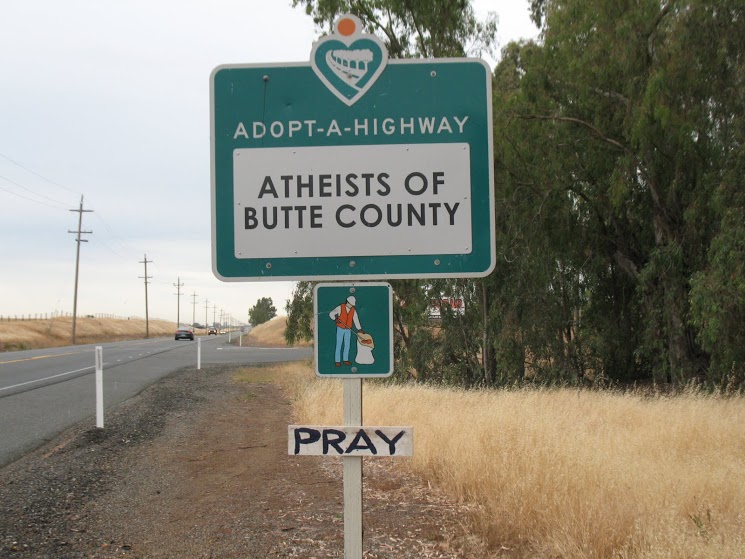 CalTrans, which runs the Adopt-a-Highway program, has been notified about the alterations to the sign.

August 26, 2014
The Paperback Version of "An Appetite for Wonder," Richard Dawkins' Autobiography, is Available Today
Next Post