Here’s Old Footage of a Christian Apologist Saying That If You Have Lots of Sex, You’ll Be Dead or Paralyzed August 23, 2014 Hemant Mehta

Here’s Old Footage of a Christian Apologist Saying That If You Have Lots of Sex, You’ll Be Dead or Paralyzed

I don’t know where Honeydew Wilkins finds this stuff, but here’s an old video of Christian apologist Josh McDowell warning a whole bunch of young people to stay away from sex (while rocking a kickass sweater): 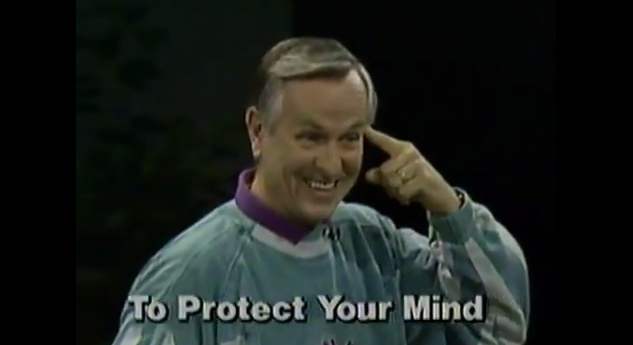 … In real life, if anyone played around as much as J.R. did sexually, they’d either be dead or paralyzed from the waist down. It’s fiction!

This is why people like him can’t be taken seriously. He sees everything in black and white. Despite saying he wants to “shoot straight” with the audience, he has to distort reality to make his point. If you can’t trust him on an issue as serious as this one, why would anyone listen to what he has to say about anything else?