Last week, U.K. Christian singer Vicky Beeching (below) won some queer friends — and lost some Christian ones — when she came out as gay in an interview with The Independent. 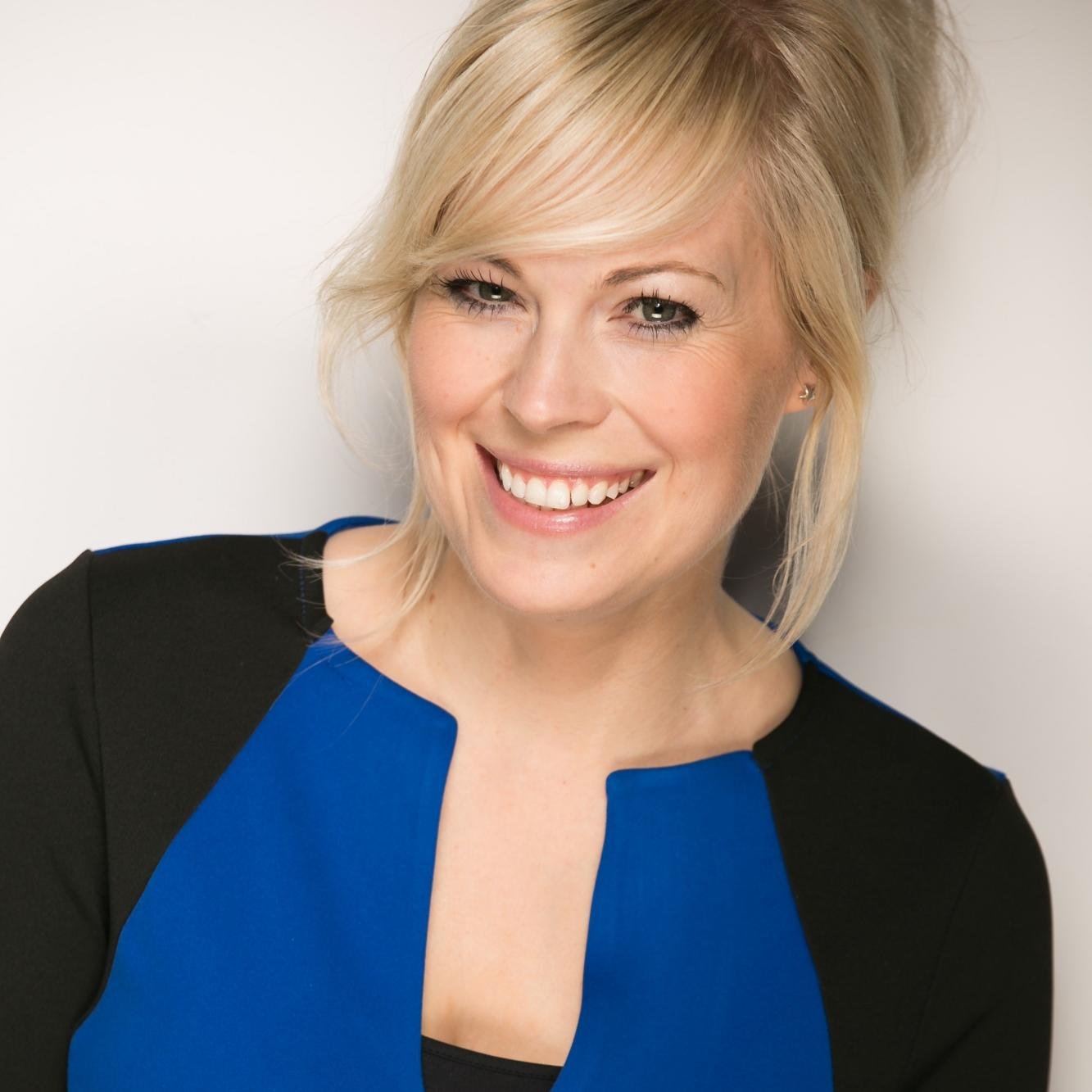 Right off the bat, Beeching crushed the notion that you can’t be simultaneously gay, Christian, and content with yourself. In an interview with notorious homophobe Scott Lively, she shot down every one of his bigoted remarks, including his suggestion that she look to God to “change” herself.

Beeching went on to say that we need to “accept our sexual orientation as a God-given gift.”

Lively replied, “There is no such thing as a gay person. It’s this identity you adopt.”

“I believe God has made me the way he’s made me. It’s taken me thirty-five years to come to terms with that, and I believe that’s it’s part of my God-wired identity,” Beeching retorted.

After Lively said that God has the ability to help her “overcome your sexual inclinations,” Beeching replied, “That kind of thinking has been so damaging to me and it damages so many people.”

Beeching is easily a role model for LGBT people (Christian and otherwise) who need the validation and affirmation they don’t get from most churches. That’s why it’s so upsetting that Ed Vitagliano, a writer for the Christian site Charisma News, is not only “disappointed” in Beeching’s coming out, but claims she’s “broken” for saying it.

First, Vitagliano states that he loves homosexuals. It’s literally his first sentence: “I love homosexuals.” He “feels compassion toward them,” he says later, because he simply can’t imagine what it would have been like to have a crush on a boy as a kid. Then, he tests my ability not to throw my computer out a window by saying it’s hard to imagine Beeching is gay because men find her attractive:

I think most men would think that Vicky is a pretty lady, and those sorts of appraisals are usually made without thinking. This makes the subject of sexual orientation rather difficult to understand at times.

What’s truly offensive is his stream-of-consciousness attempt at explaining the origins of homosexuality. To preserve its horridness, here’s the bulk of his rant:

What causes homosexuality? I think there’s probably a web of causes — some apply to this group, some to that, etc. I believe that some homosexuals have endured sexual abuse or other trauma; others suffer from a deficit of some sort that turned them toward the same-sex side of the aisle in an attempt to heal.

At this point I realize I have offended most of the homosexuals reading this. So let me even the score and offend some Christians: I believe some percentage of homosexuals (I have no idea how large or small) simply grew up just like me — only different. Instead of having a crush on an opposite-sex person, they experienced a crush on a same-sex person. To them it appeared just that natural.

But if there’s a God who designed us — and I believe there is — then we obviously aren’t designed to be attracted to the same sex. With my apologies to the Vicky Beechings of the world, the human race is clearly designed as male and female, with sexually complementary equipment. We are obviously intended to grow through childhood and enter puberty attracted to the opposite sex — because that’s the only thing that makes sense of the biological design inherent in humankind.

So for Vicky and Ray and Jennifer and Clay — how do we explain the fact that their attraction developed in complete disregard for design? Here’s the short answer: They’re broken. Why is that so hard to say? Sexual and romantic attraction was supposed to develop one way, and it developed another. Maybe it was because of something that was done to them or around them; maybe it wasn’t. But it is different.

His conclusion isn’t new, but that doesn’t make it any less awful. He’s claiming, as so many do, that love, relationships, and basic human existence have no significance beyond reproduction. Never mind that most LGBT people are still physically capable of producing offspring (and they do); Vitagliano’s perspective is that nothing about us as human beings matters except our ability to pop out kids. Personal experiences? Nope. Emotions? Glitch in the system. Would he use this logic to call elderly different-sex couples broken? Or those who can’t have their own children?

Actually, he might. He goes on to compare homosexuality to blindness, both “conditions” that make a person broken. He says this over and over:

Are we not all broken in small and large ways? As a fallen race, isn’t there a web of characteristics about us all that doesn’t reflect the way God designed us? If a child is born blind, does that mean God approves? Isn’t it a sign that something is not as intended?

Eyes were created to see. To not see is not the same as being able to see. The blind are still human, but their brokenness is still brokenness. But isn’t that what we’re doing with homosexuality? Aren’t we denying the obvious — that there’s a disconnect between design and operation in the homosexual? Aren’t many in our society applauding as courageous those who declare their brokenness to be wholeness?

If by “we are all broken,” he means that we all deal with unique challenges over the course of our lives, then yes, we are all broken. But my fear is that he’s being far more literal than that. He perceives LGBT people — and apparently blind people, and people who are paralyzed, and who knows who else — as somehow unable to live and exist freely, happily and, yes, wholly. And he shames people who embrace their differences, an accusation that I can only assume extends beyond LGBT people, but also to other groups of people he considers “broken.”

Only God can make a broken person whole. Sometimes it is done as a miracle, as when Jesus healed a blind or lame or paralyzed person. Sometimes we must wait for our entrance into the kingdom of heaven, when all brokenness is finally healed.

I believe God can make homosexuals whole in this life. Despite the ridicule that follows such a statement, I believe that does happen. 1 Cor. 6:9-11 says so. However, for many — or even most — homosexuals, in order to be Christians they will have to accept that their “orientation” is a manifestation of brokenness, not wholeness. Like the rest of us who are broken in some other way, they will have to reject that lameness and give it to God. They will hobble through life learning to love Him more and more — and yes, learning to obey Him.

In that way, homosexuals are just like me. No better and no worse, but broken nonetheless.

(For the record, I don’t see Vitagliano standing up to proudly claim his own “brokenness” the way Beeching and so many others have. But that’s beside the point.)

While being gay does bring some people hardship, asserting that it will inherently affect a person’s quality of life — or worse, take away from their very worth as a person — does nothing except drive more LGBT people to deny their true selves, resent and loathe their feelings, and, as Beeching said, live a lie. We are more than the function of our bodies. I don’t know what’s taking so many people so long to realize it.

Vitagliano claiming that he feels “compassion toward homosexuals” is an outright lie. It’s gravely offensive to me, to Vicky Beeching, to my fellow queer folks, and even to Christians that he would dare say it.

August 21, 2014
With a Tweet Advocating the Abortion of Down Syndrome Babies, Richard Dawkins Proves He Has Foot-in-Mouth Disease
Next Post

August 21, 2014 Ben Carson: Removing Bibles from Navy Hotel Rooms is the Same as Imposing Atheism on Everybody
Browse Our Archives
What Are Your Thoughts?leave a comment