James Woods, the openly atheist candidate running for Congress in Arizona’s District 5, recently received a form letter from the National Pro-Life Alliance asking him to sign a pledge supporting the “sanctity of life.”

He wrote back, saying he couldn’t support policies that “jeopardize the health and stability of women and their families”… and threw in a little gift, too: Condoms that read: “Prevent abortion.” 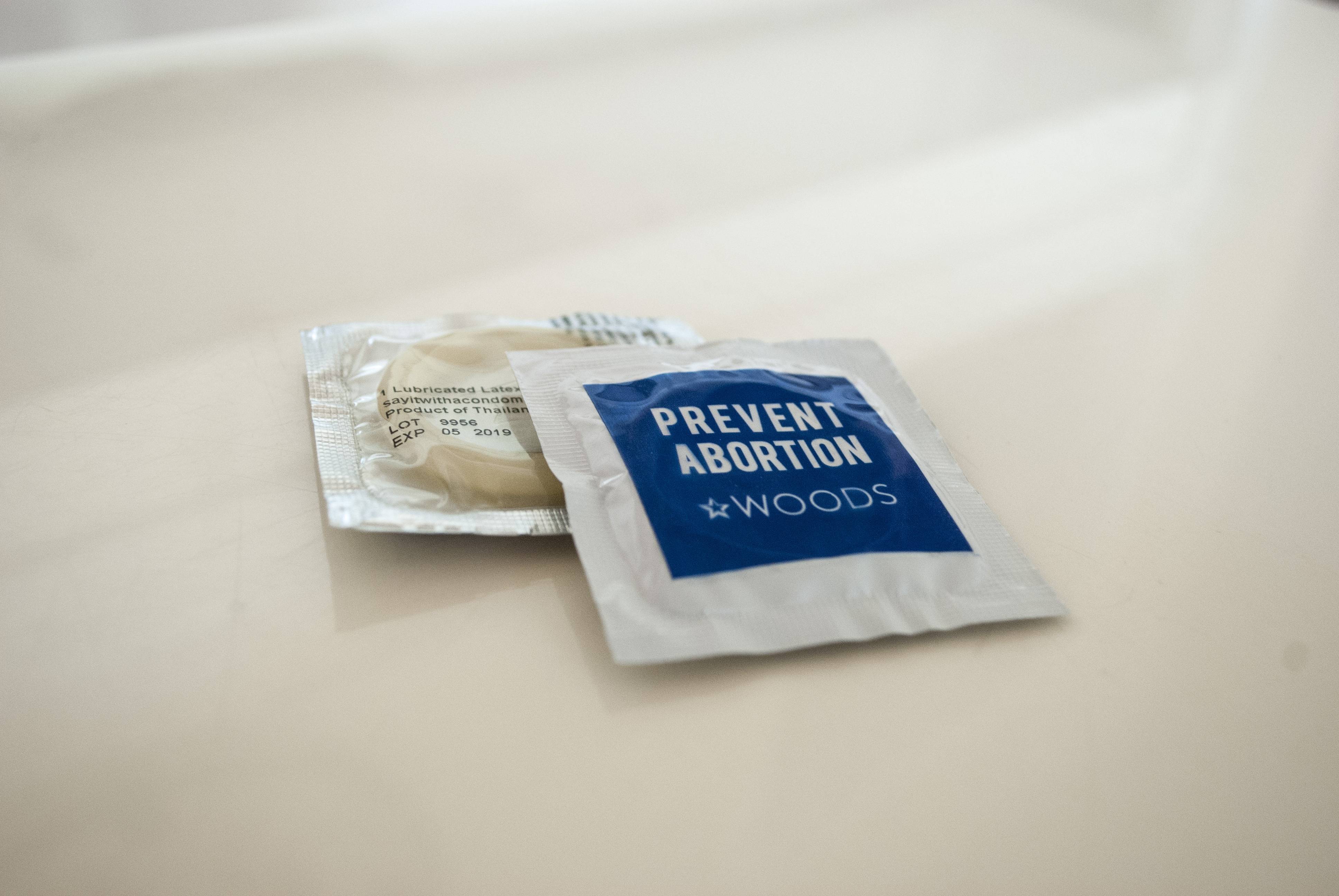 That’ll get their attention, no doubt 🙂

His campaign added in a press release:

Woods says he will support proven pro-woman, pro-family initiatives such as those that expand publicly supported family planning services, which currently prevent 1.3 million pregnancies per year. He also favors stronger government empowerment programs for low-income women and their children, as well as comprehensive sex education in K-12 schools.

Woods’ reproductive justice position is part of a progressive Humanist platform that he hopes will motivate other politicians to be open about their Humanist values and identity.

The Phoenix New Times notes that he will go unchallenged during next week’s primary:

There’s been no run to the center for Woods, who’s challenging the incumbent congressman in the Republican-heavy East Valley district. Neither Woods nor [Matt] Salmon have opponents in next week’s primary election.

Woods still has an uphill battle, though, if he wants to beat Salmon.

August 20, 2014
As Expected, Right Wingers Are Rallying Around Student Who Supposedly Got Punished for Saying "Bless You"
Next Post