What Do Creationists Look Like When They’re in Their Labs…? August 20, 2014 Hemant Mehta

What Do Creationists Look Like When They’re in Their Labs…?

In 2012, Dr. Ann Gauger, a “Senior Research Scientist at Biologic Institute” (which is funded by the Intelligent Design-promoting Discovery Institute), spoke about what she thought was population genetics in this video: 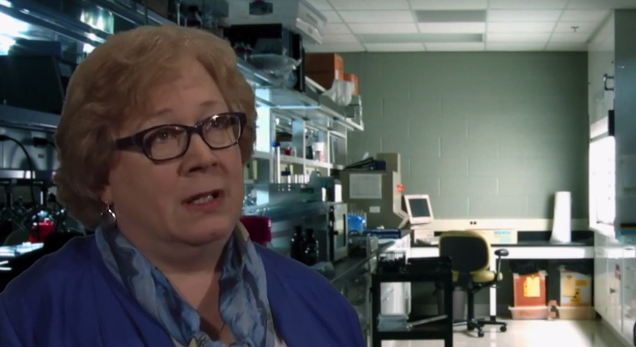 Online commenters were quick to dismantle everything she said… but a lot of viewers noticed something else even more interesting:

She wasn’t really in a lab.

She was in front of a green screen.

The Discovery Institute, after being exposed, admitted a stock photo was used, but defended it nonetheless saying her real lab *totally* looked like the one in the paid-for image:

… Typically, filming in a genuine location like this would be troublesome for us and bothersome for others who work there — a distraction for all involved, including viewers, when the intent is to focus on the argument. Many other times, in other contexts, we have similarly used backdrops where, to get to an actual locale, it would require travel not to mention complicated, time-consuming setup and many other headaches. Going with a green screen makes sense for an organization that operates under a constrained budget.

I bring this up because I recently posted about the Institute for Creation Research. The Dallas Morning News had run a feature on them and even shot film of their scientists at work.

Take a look at some stills from that video: 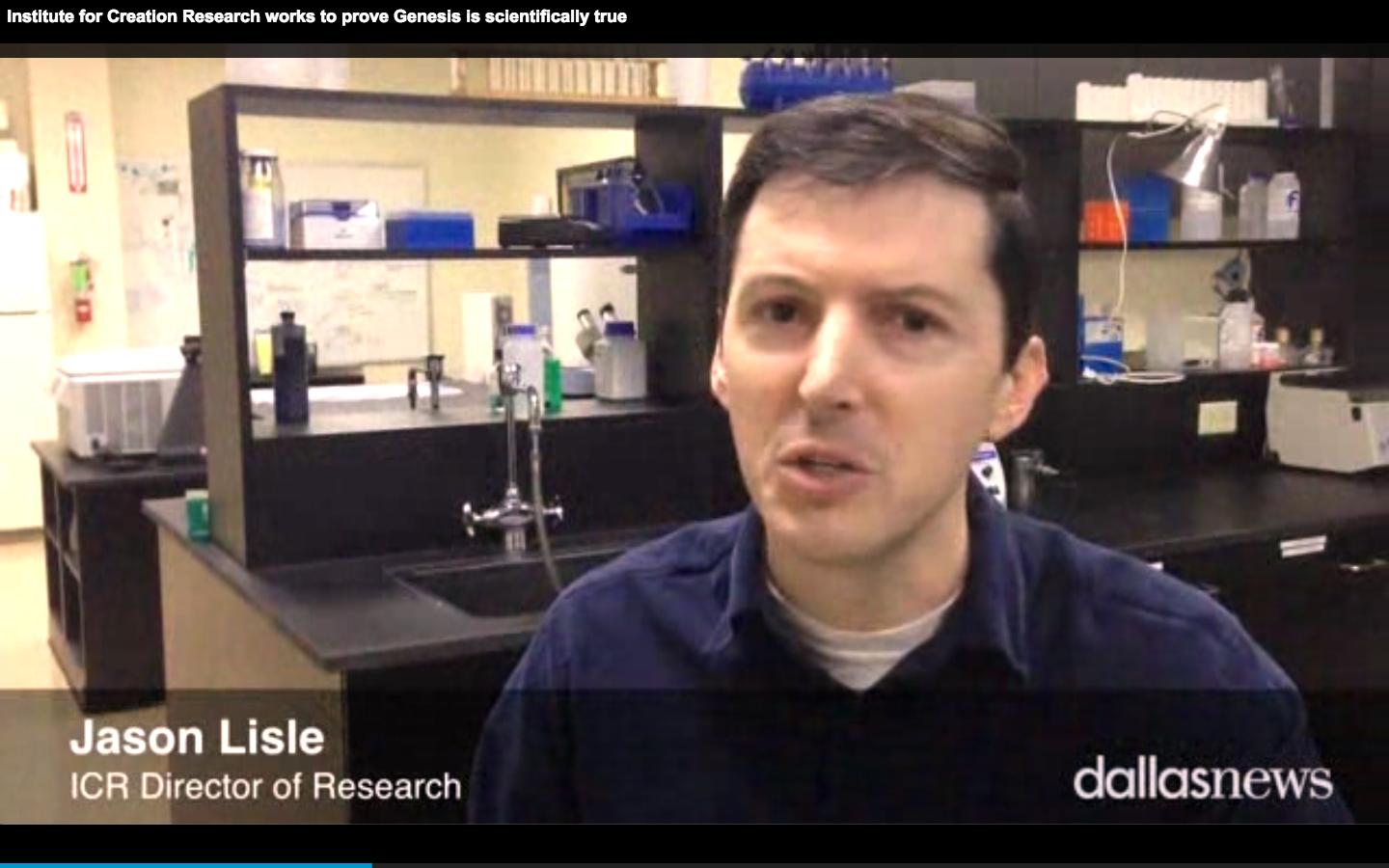 It’s not a green screen this time, but biologist Jerry Coyne points out the problem with that shot:

No active research “wet lab” looks like that. Nothing is happening in the space shown…, that’s clear

And what about the whiteboard full of scribbles in one of their offices? (Edit: It’s not Jason Lisle’s office, as I wrote earlier.) 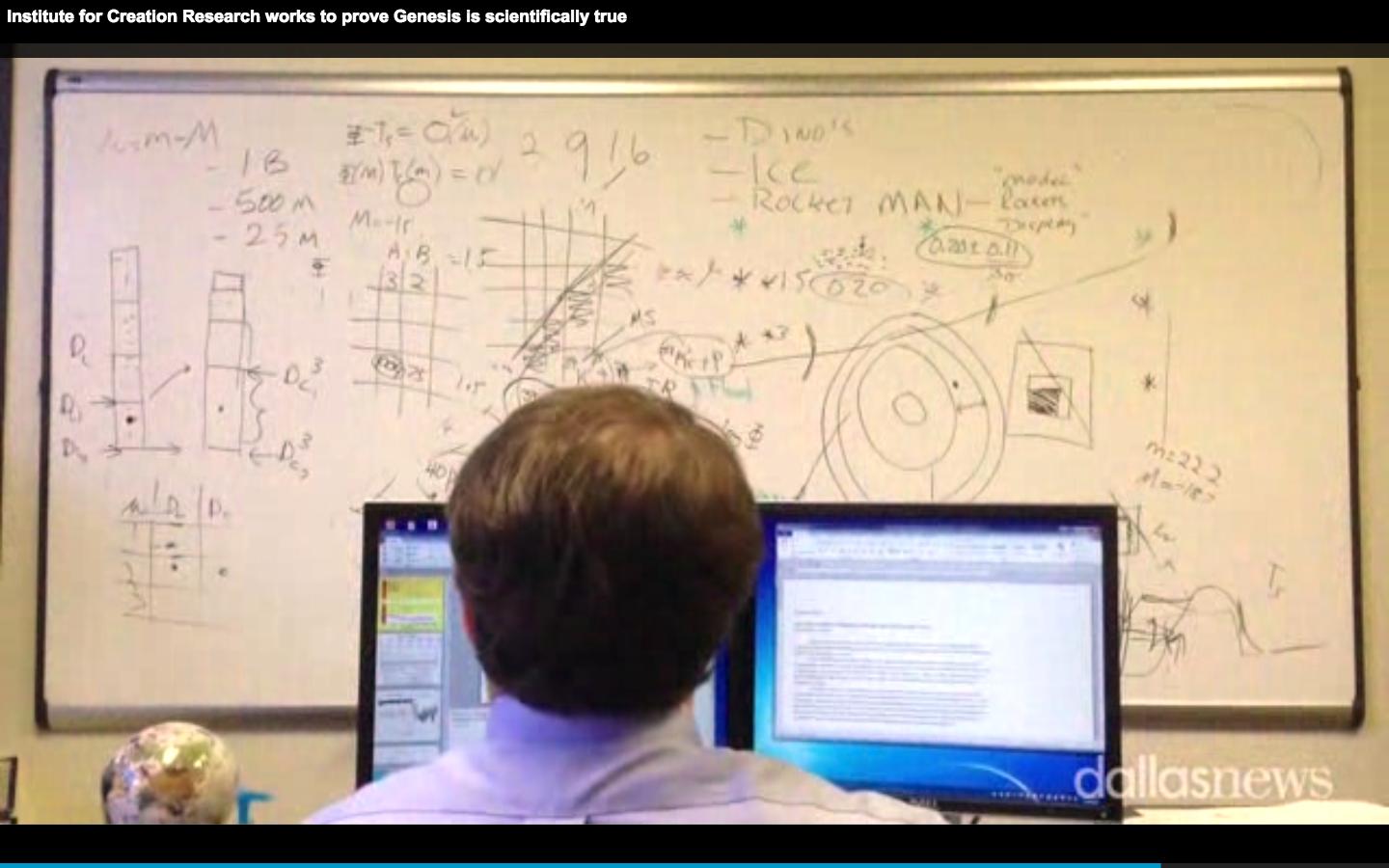 It may look academic, but given their track record, I’ll bet even they can’t explain what’s written there. If their research papers are any indication, it all probably seems a lot fancier than it really is.

August 20, 2014
Christians Are Furious That a Virginia Hospital Removed Bibles from Bedrooms, but Their Anger is Misplaced
Next Post