Students Walk Out on Lecture About Memes When Religion is Used as an Example August 19, 2014 Hemant Mehta

Susan Blackmore, author of the book The Meme Machine, was giving a lecture recently at the Oxford Royale Academy to a group of 17-18-year-olds.

Since she was talking about memes, the subject of religion was inevitable, and that’s where the problems began: 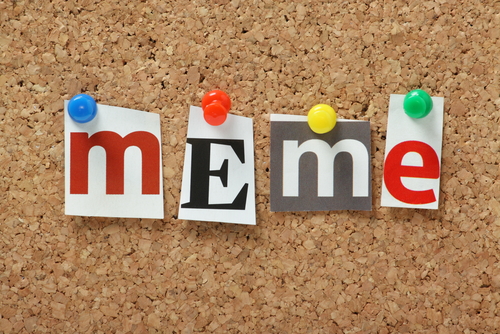 … I pointed out that religions demand lots of resources (I showed them pictures of a church, a Hindu temple, a Jewish menorah and Muslim pilgrims on Hajj); they pose threats to health (I showed people ‘purifying their souls’ by wading in the stinking germ-laden Ganges) and make people do strange things (I showed rows of Muslims bent over with their heads on the floor). I hadn’t gone far with this before five or six young men got up and began to walk out. They had a good distance to go across the large hall, so I said ‘Excuse me, would you mind telling me why you are leaving?’ There was a long silence until one said, ‘You are offending us. We will not listen,’ and they left. Soon after that another bunch left, and then another.

I called out to some as they left, ‘Can’t you even listen to ideas you disagree with? In Oxford, of all places, you should be open-minded enough to hear alternative views’. But no. They said I needed an open mind. This really got to me, raising painful memories of my early research on psychics and clairvoyants who said, ‘You just don’t have an open mind,’ when my careful experiments showed no psychic powers. By the time I moved on to showing Internet memes and viral videos more than half the audience was gone.

That’s part of the power of religious memes: They’re so strong that some believers can’t even handle listening to any critiques of it, even objectively sound ones. Mind you, she wasn’t even really criticizing religion, only using it to show how some bad ideas can spread, but it was too much for some True Believers to take.

I don’t see how she could’ve handled the situation any differently. Assuming her tone wasn’t accusatory, and she was speaking about religion the same way she was speaking about cat videos and catch-phrases, the fault here is with those audience members. They were there to learn yet couldn’t handle an idea that actually challenged them.

August 19, 2014
In the United States' "Hardest Places to Live," a Focus on Hell, the Antichrist, and the Rapture
Next Post