If This Doesn’t Convince You That God Exists… Join the Club August 19, 2014 Hemant Mehta

Christian Joshua Feuerstein, whose embarrassing rant against evolution went viral earlier this year, is back with a new video in which he proves God’s existence — scientifically! — in under three minutes.

If his “logic” doesn’t sway you, I’m sure the orientation of his camera will. 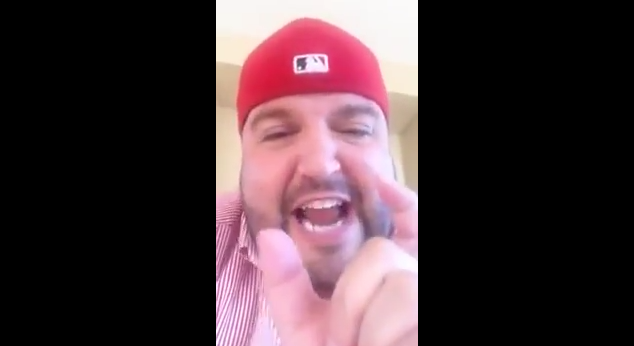 In short, his arguments include:

His argument boils down to a bunch of things scientists have better explanations for that Feuerstein either never learned about or chooses to ignore.

But, you know, he says it loudly while wearing a backwards cap, so I’m convinced.

August 19, 2014
When You're a Christian, But Not Christian Enough
Next Post

August 19, 2014 Followers of the Religion of Peace Behead Another U.S. Journalist
Browse Our Archives
What Are Your Thoughts?leave a comment