Frustrated Christian May Not Pick Up Roadside Trash Anymore Because Atheist Group Adopted That Stretch of Land August 19, 2014 Hemant Mehta

The Tallahassee Atheists recently “adopted” a nearly-two-mile stretch of road in Leon County, volunteering to periodically clean it up. It’s just a great community service project. 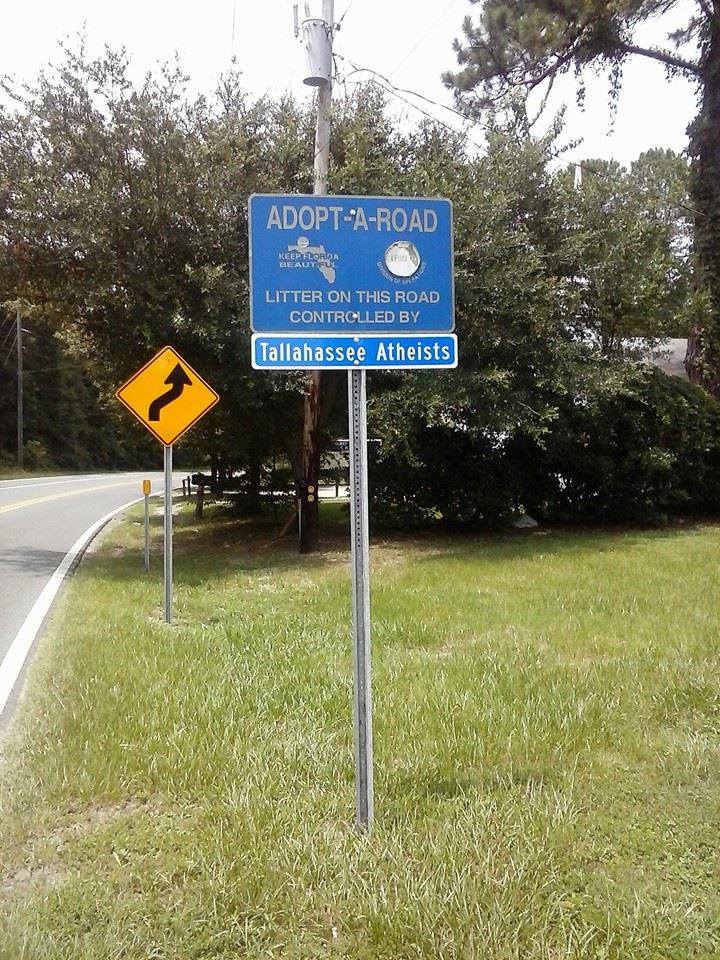 On Sunday, though, they received a strange complaint from a Christian who also picks up garbage on the road but may stop doing it.

His frustration stemmed from the notion that, if he cleans up the road now, it (somehow) means he’s supporting atheists who don’t believe in his God.

I thought the atheist group’s leader, Austin Aycock, handled the complaint well, alleviating his concerns without mocking what was a completely ridiculous objection: 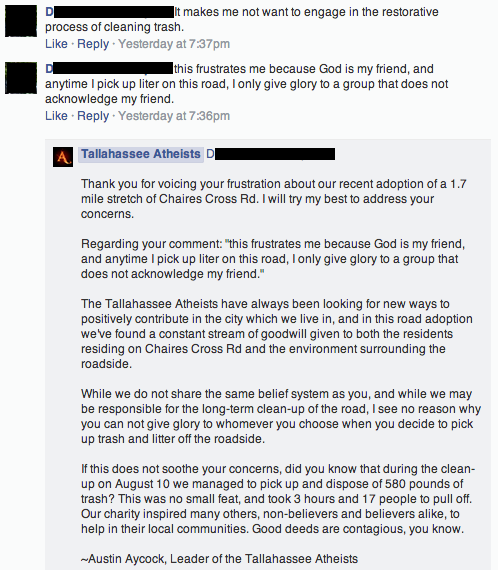 While we do not share the same belief system as you, and while we may be responsible for the long-term clean-up of the road, I see no reason why you can not give glory to whomever you choose when you decide to pick up trash and litter off the roadside.

If this does not soothe your concerns, did you know that during the clean-up on August 10 we managed to pick up and dispose of 580 pounds of trash? This was no small feat, and took 3 hours and 17 people to pull off. Our charity inspired many others, non-believers and believers alike, to help in their local communities. Good deeds are contagious, you know.

More power to them.

If you’re in Tallahassee, by the way, check out the group’s Facebook page so you can join them on their next cleanup date.

August 19, 2014
Chinese "Evil-Spirit Killers" of the Church of the Almighty God Go on Trial This Thursday
Next Post

August 19, 2014 In the United States' "Hardest Places to Live," a Focus on Hell, the Antichrist, and the Rapture
Browse Our Archives
What Are Your Thoughts?leave a comment