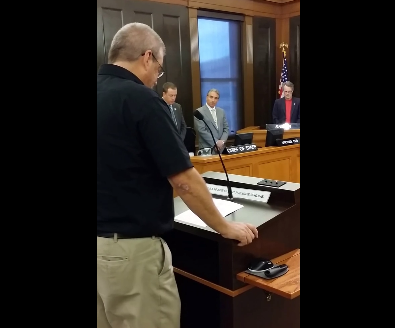 Thousands of years ago, after emerging from relative obscurity, mankind began to form communities. The first ones were simple hunter gatherers, evolved to feed their own very small camps. Soon, these small camps and tribes began to join to each other, either through violence or simple needs. Either way, they saw joining forces as being the foundation for survival.

Over the millennia, agriculture built even larger tribes. They became large villages, then towns, then cities, then city-states. And even farther, empires and great Kingdoms. These people in the later ages eventually became obsessed with power and greed, driven by their beliefs that their higher powers were better than any others. Patton Oswalt, a contemporary comedian, put it simply as, “My Sky Cake is better that your Sky Baklava.” These divisions caused chaos within the overall Sapien community for millennia.

Then, after centuries of great strife, the “Enlightenment” was born.

The United States was built upon the principles of this enlightenment. The Deists that formed our Constitution knew the dangers of sectarian strife and therefore enshrined secular government in our most sacred document.

With this in mind, I stand before the most basic unit of Human democracy: the City Council. The core unit of our lives as humans living within an inherently secular system. It’s the local government that actually guides the daily lives of the citizens of this great nation.

Let us therefore, this afternoon, provide both our vocal and thoughtful support to this most fundamental institution of humanity today, and hope that reason and thoughtful reflection will guide our elected leaders to lead this great city to where it could be.

How about that, um, enthusiastic round of applause at the end?! 🙂

(Williams tells me one of the council members walked out on him, though I can’t verify that from the video.)

Remember: This is what Christians fought for in Greece v Galloway.

The Central Florida Freethought Community keeps a running list of transcripts of secular invocations around the country and you can see their compilation right here.