If You Want to Learn About Atheists, Don’t Watch the Movie God’s Not Dead August 6, 2014 Hemant Mehta

If You Want to Learn About Atheists, Don’t Watch the Movie God’s Not Dead

Neil Carter, who’s blogging at Patheos now, offers a helpful (and highly snarky) list of the take-away messages he got from God’s Not Dead, the awful movie about a Christian student and his atheist professor: 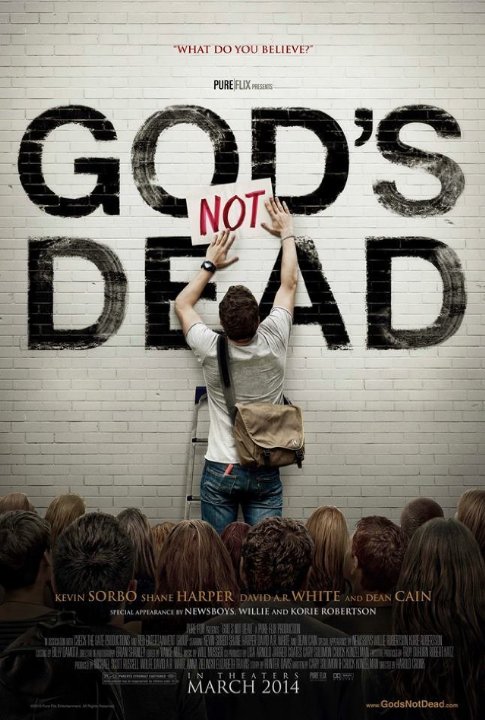 8. Atheists are angry at God. You can just hear it in all of their voices. They’re all so constantly angry (unless they’ve got an alcoholic beverage in their hands). They only say they disbelieve but what do they know? Poor deluded empty soulless people! They only think they don’t believe but in reality they’re just angry at a God they really know exists. Never mind if they say they don’t believe. You know better than they do. Bless their cold, empty deluded hearts.

The biggest failure of the film, Carter says, is that it does a complete disservice to the idea that Christians love everyone:

But it’s not loving people well to misrepresent them this badly. This movie caricatures, dehumanizes, and depersonalizes people like me, portraying us in the worst possible light. How could I not find this movie disgustingly offensive? Every single atheist in this film is a spineless, uncaring jerk. This is how you love someone like me? You made atheists the bad guys! And not even complex bad guys. You made us two-dimensional cartoon villains who rub our hands together menacingly, tweaking our pencil-thin moustaches above our sinister grins.

By the way, it’s not just atheists who have a problem with this movie. Creation Ministries (not Ken Ham‘s group) published a review earlier this year that slammed the movie for the way it treated atheists:

There are countless sub-plots, and each takes every available chance to unfortunately stereotype, almost to the point of offensiveness, every people group represented.

First: the atheists are portrayed as being one-dimensional and evil. The journalist character is career-driven and rude; ambushing her Christian interview subjects (Duck Dynasty’s Willie Robertson and his wife Korie in one encounter, and the band Newsboys, in another) to ask them offensive questions. For example, she asks, “Why aren’t you barefoot and pregnant?” in the first interview.

These character portrayals of atheists and other religions will generally be found to be unbelievable by viewers, whether Christian or not. And worse still, for a professing Christian movie to portray them so unreasonably is very uncharitable. Weaker brethren may even find these portrayals believable and if so, it will do nothing to engender Christian love to those who are outside of Christ. We (Christians) do not like to be caricatured in this way, and certainly believers should apply the admonition to “do unto others”.

Remember: Given this movie’s success, it may end up being the first in a series of films. Because all bad Christian movies deserve a sequel.

August 6, 2014
God is an Abusive Boyfriend (and You Should Break Up): The Book
Next Post

August 6, 2014 The (Animated) Rap Guide to Religion
Browse Our Archives
What Are Your Thoughts?leave a comment