Why Do Evangelical Christians Constantly Act Like They’re Being Persecuted? Here’s One Theory August 5, 2014 Hemant Mehta

Why Do Evangelical Christians Constantly Act Like They’re Being Persecuted? Here’s One Theory

Whenever someone like Todd Starnes tells a story documenting Christian persecution, we laugh because we know he’s full of it. He cherry-picks details and leaves out the stuff that contradicts his narrative (i.e. the truth).

In fact, if you wanted to find a real story of Christians getting persecuted (in America, I should add), you’d have a hard time finding it.

Alan Noble, writing for The Atlantic, has a theory about why conservative Christians love persecution stories even though they’re in no real danger: 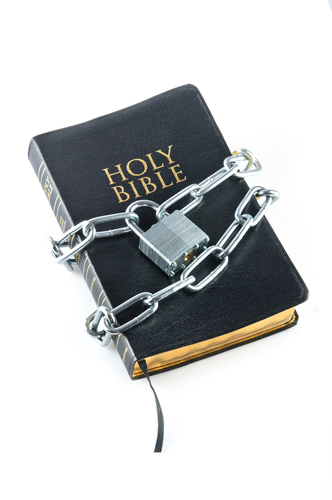 Traditionally, Christians have had a very broad view of what it means to suffer for Christ — broad enough to include everything from genuine martyrdom to mild ridicule by nonbelievers. Behind this is an essential part of the faith, which says that every Christian will be persecuted by the world: True believers will lose jobs, face exile, and suffer from violence…

For many evangelicals, the lack of very public and dramatic persecution could be interpreted as a sign that they just aren’t faithful enough: If they were persecuted, they could be confident they are saved. This creates an incentive to interpret personal experiences and news events as signs of oppression, which are ostensibly validations of our commitment to Christ. The danger of this view is that believers can come to see victimhood as an essential part of their identity.

This is why people like Sarah Palin still have a strong fan base — her followers think she was criticized, in part, because of her strong faith, not because she was completely ill suited for the Vice Presidency.

If you want to find Christians being persecuted, you really have to look abroad. In Iraq right now, Christians are running for their lives.

In America, conservative Christians are fighting because some people say “Happy Holidays” instead of “Merry Christmas.” They go to the Supreme Court in order to hoist their religious beliefs over their employees’ health needs. They get worked up over chicken sandwiches.

Want more evidence of the lack of Christian persecution? Just look to Congress, where Protestants and Catholics make up nearly 90% of the House and Senate.

By claiming they’re persecuted when any reasonable person can see they’re not, evangelical Christians have hurt their own cause. They’ve shown you can’t trust them. They’ve shown they have no problem bending the truth to suit their needs. It’s like ultra-wealthy people complaining about how tough their lives are: That may be true in some instances, but by and large, they have it pretty damn good, so stop whining.

To quote Jon Stewart, “You have confused a War on Religion with not getting everything you want.”

August 5, 2014
Republican Whip Sends Bible to Every Member of Congress to Help Them with "Decision-Making"
Next Post

August 5, 2014 When You Think of the Story of Jesus This Way, It Becomes Downright Weird
"As the wise philosopher Philip Anselmo once said: "You ain't got the balls, son"."
WallofSleep Preacher: COVID Church Closures Will Be ..."
"Worth remembering: this is the sort of thig that caused the Spanish Civil War and ..."
(((J_Enigma23))) MAGA Activist Suggests Fraud After His ..."
"So, the spike in religious influence last year was a dead cat bounce. Good news."
TechYes Fewer Americans Say Religion is Gaining ..."
"Football isn't a religion, it's taken much more seriously than that."
cdbunch A Pastor Says He’s a HS Football ..."
Browse Our Archives
What Are Your Thoughts?leave a comment