Republican Senator Blocks Resolution Stating Climate Change is Real, Then Gets Humiliated by His Colleague

When Sen. Sheldon Whitehouse (D-RI) spoke at last month’s Secular Coalition for America Lobby Day event, he talked about the problem of science denialism. You can see video of that at the 9:59 mark of the video below: 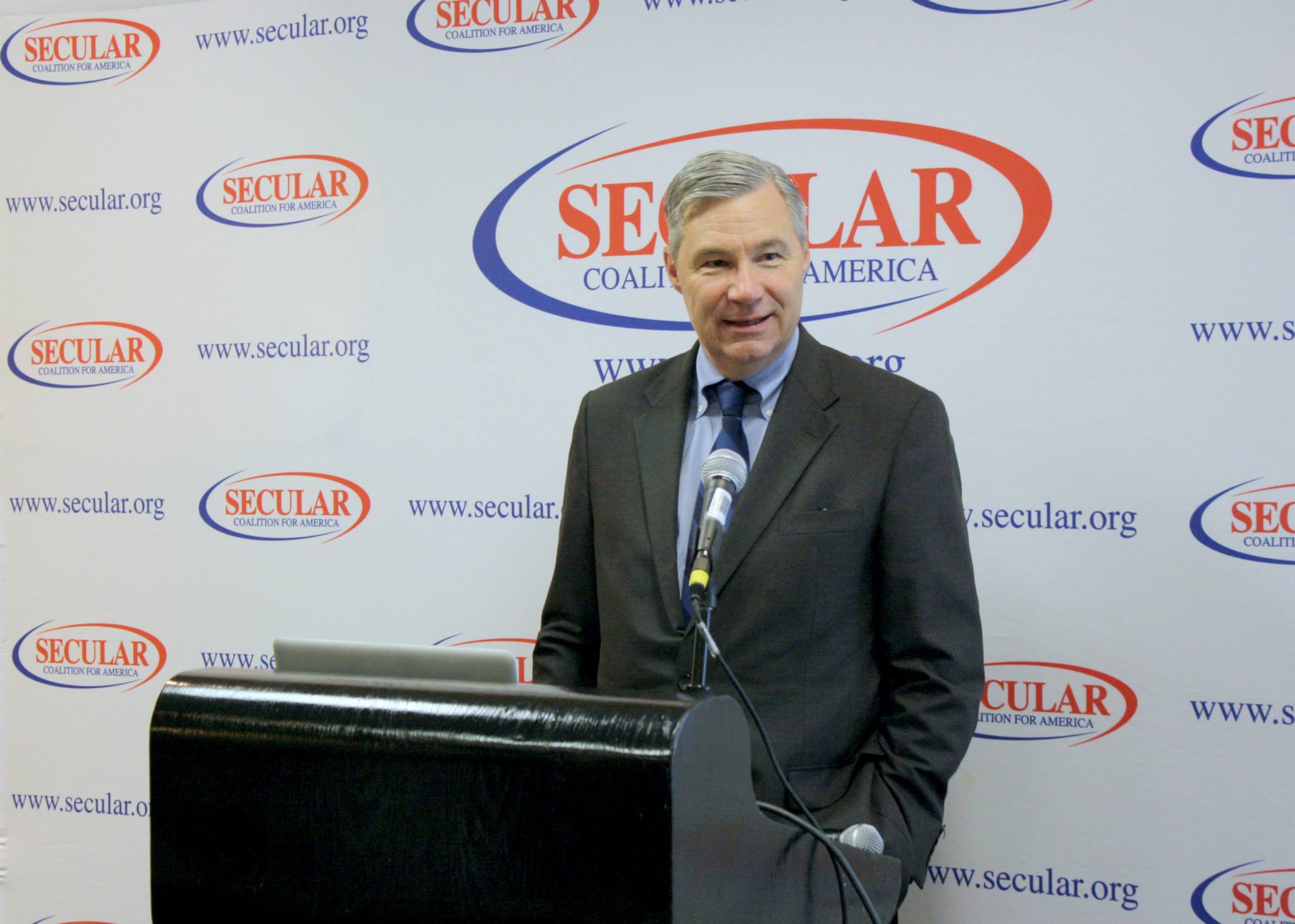 There isn’t just lying going on about climate change. There is a whole carefully built apparatus of lies, featuring a stable of payroll scientists that polluters can trot out, as they do. Industry-funded scientists and sympathetic politicians still try to claim that the jury is out on whether carbon pollution is causing the unprecedented changes in our atmosphere and oceans that we have seen.

Indeed, one of my Republican colleagues called climate science the greatest hoax ever perpetrated on the American people.

Well, the jury is not still out. The jury is back, it has rendered its verdict, and the verdict is undeniably in. The climate crisis is real…

That science-denying Republican colleague was Sen. James Inhofe (R-OK) who, this week, blocked a Senate resolution that “would have acknowledged the reality of climate change.”

In response, Whitehouse gave a stirring denunciation of Inhofe on the Senate floor:

“I appreciate very much having had the opportunity to hear those words, from what I can only describe as an alternate reality,” Whitehouse began, before getting into detailed specifics rebutting each one of Inhofe’s points.

Next, Whitehouse took on Inhofe’s assertion that federal government agencies — The Department of Defense, NASA, and NOAA, for example — were colluding to promote environmentalists’ agendas. “Colluding together. That’s a fairly tough word to use,” he began.

Whitehouse: Let me tell you some of the government agencies who are so-called colluding together. How about NASA? We trust them to send our astronauts into space. We trust them to deliver a rover the size of an S.U.V. to the surface of Mars safely and drive it around, sending data and pictures back from Mars to us. You think these people know what they’re talking about? … How about the United States Navy? The commander in chief of our Pacific Command? Is he colluding when he says that? …

If you want to ignore the federal government, if you live in a world in which you think the federal government colludes with itself to make up things that aren’t true, okay. But look at the property casualty insurance and reinsurance industry. They’re the people with the biggest bet on this. They have billions of dollars riding on getting it right, and they say climate change is real, carbon pollution is causing it, we’ve got to do something about it. So does the U.S. Conference of Catholic Bishops, because they care about the poor and the effect this will have on the people who have the least. So does every major U.S. scientific society. Every single one.

How refreshing is it to hear a voice of reason like that in Congress?

Sen. Amy Klobuchar (D-MN) who sponsored the climate change resolution said she would keep trying to get it passed because the Senate looks “silly” not acknowledging that reality.

July 31, 2014
Website for Proposed 230-Foot-Tall Cross in Alabama Says Donations Could "Lead to Someone Being Healed from Cancer"
Next Post