It’s Ridiculous What This Atheist County Commissioner in Tennessee Has to Put Up With July 30, 2014 Hemant Mehta

Last month, the Roane County Commissioners in Tennessee decided to put the words “In God We Trust” on the county courthouse.

But one of the commissioners took a stand against the idea. Not only did Steve Kelley (below) support church/state separation, he admitted he was an atheist: 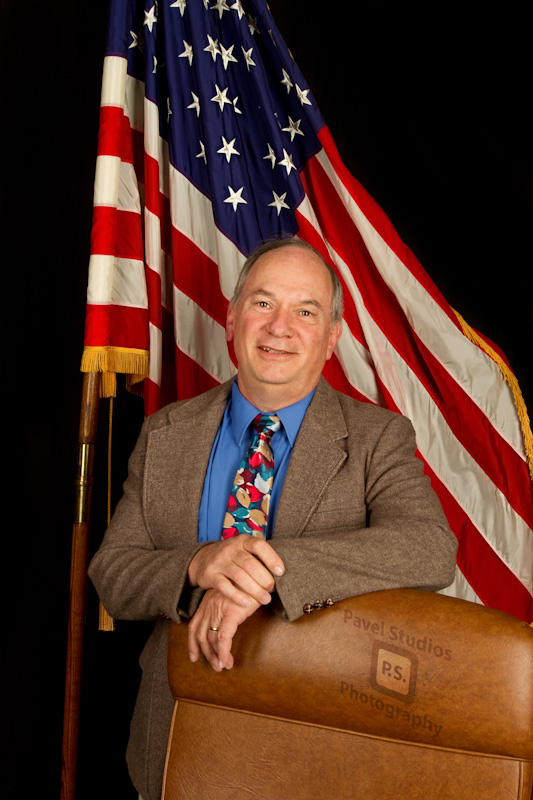 Roane County Commissioner Steve [Kelley] says he’s been an atheist since he was a teen.

“It means I don’t believe in God,” explained [Kelley]. “I don’t have any problem with religion, religion is fine, it serves an important role in our society but not everybody has to have a belief.”

“It kind of diminishes my citizenship,” said Kelley.

The battle to put the phrase on courthouses has been fought recently in surrounding counties including Morgan and Anderson, but Kelley says he’s concerned over the possibility of lawsuits for the county.

“Just because other people have done it doesn’t make it right,” he said.

It was a courageous admission, but I didn’t realize the extent of his bravery until I read this profile of him in the Roane County News. It’s full of all those cliché Christian comments you can’t believe people still use:

Commissioner Fred Tedder told him he didn’t believe there’s such a thing as an atheist.

“Well, you’re looking at one,” Kelley shot back.

[Wife] Renee, who is a Christian, has seen the reaction to her husband’s lack of faith: “You can see them stiffen, and some of them won’t associate with us,” she said.

[Kelley] has had calls of support from people praising his courage for trying to keep government and religion separate.

Some told him they wanted to speak up, but feared retaliation against their families.

There were anonymous comments on an online bulletin board referring to Tennessee’s constitutional language forbidding atheists from serving in office. [Hemant’s note: Despite being in the state Constitution, that law is unenforceable.]

Tedder said he’d picked up on Kelley’s beliefs before his public admission, and said his lack of faith might be attributed to his higher education.

“That’s one of the first things they teach you in college,” he said. “That there is no God and in evolution.”

Yep, that’s how college works. You go to a lecture hall, the professor tells you there’s no God and evolution is real, you all turn in your field trip forms for Hell, and then you graduate. Turns out God’s Not Dead is a documentary.

By the way, it’s great to see that the Kelleys, even though they’re in a mixed-belief relationship, have found a way to make it work. Their mutual respect comes through very clearly in the piece.

July 30, 2014 50 Signs You're in a Bad Relationship
Browse Our Archives
What Are Your Thoughts?leave a comment