Always Bring a Smartphone to a Church Service

Bob Smietana recently went to church and did what so many atheists I know have done while sitting in the pews: He doubted something the pastor said and decided to look up the truth right then and there: 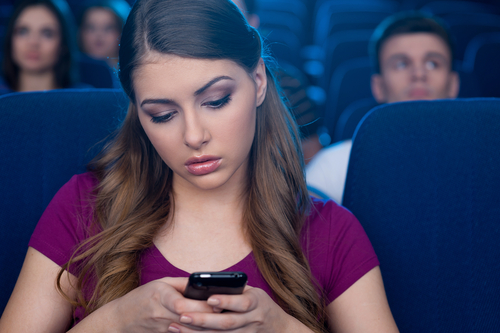 During the sermon, I stopped listening to the pastor and instead turned my eyes on my cell phone. Something about the story just didn’t sit right — it was too good to be true. So whatever spiritual lesson I was supposed to learn in the sermon was soon overshadowed by the wisdom of a Google search.

For me, however, the worst part about bad facts in church — or in religious publications — is that they are so distracting. I come to church to pray, to listen, and to set aside the worries of everyday life and focus on things eternal. Tell me a bad fact and I’m gone, off on a rabbit trail, trying to sort out whether a fact or anecdote is true or not — and missing everything else that the preacher has to say.

He’s a believer, but his experience is exactly how a lot of atheists start getting those seeds of doubt. You hear the pastor say something that’s so obviously untrue — it’s like they didn’t even bother to check Snopes — and then you begin to wonder what other lies he’s inadvertently telling from the pulpit. And then you wonder how everyone nodding in the pews can be so damn gullible. And then you begin doubting, not just the anecdotes, but the Bible stories, too. And then you turn the steering wheel and starting driving toward Hell. (Or something like that.)

Smietana’s solution is one I find really disappointing:

… this Sunday, I’m going to resist temptation. I’ll leave my cell phone at home and pray that the Lord will have a bit of mercy on my fact-checking soul.

I know there’s a reason he’s saying that: It’s not that the truth doesn’t matter to him — just the opposite. It’s that he’s going to church for community and spiritual reasons, not to sort fact from fiction. He’s a journalist. Fact-checking for him means doing work, and he wants to get away from that for an hour or two each week. I get why leaving his phone at home seems like a good idea.

But I hope others resist that temptation. I want people to fact-check the pastors. I want them to understand the pastor doesn’t always care about what’s true or what’s real; he’s just interested in telling a good story. It might make you feel good, but it’s still bullshit. And I want them to realize it’s not just the anecdotes that they make up; it’s the Bible stories, too. (No one ever turns into a pillar of salt. No one comes back from the dead. No one ever ruined everything by eating a piece of fruit. And no one created the world in six days.)

If you have to go to church, bring that phone with you. Look up the facts during the sermon. And then confront your pastor about them afterwards. Let them know you’re actually paying attention and that’s why you can’t take them seriously.