Hindu Gods Get a Muscular Makeover in Graphic Novels

Usually, when you see images of Hindu deities, they’re calm, serene, and (*ahem*) well-fed. But graphic novels in India are starting to give them a more muscular look that might make them more appealing to a younger generation.

Plus, when mythology says the gods defeated thousands of warriors by themselves, you don’t really think “meditation.”

In “Shiva: The Legends of the Immortal,” a series of graphic novels, the title character boasts bulging muscles that ripple under his tiger-skin wrap and dark tresses that blow in the wind as he battles with his trident.

Prakash Sharma, a spokesman for Vishva Hindu Parishad, or World Hindu Council, says his organization isn’t opposed to presenting Hindu gods as muscular and strong. “But there should not be an effort to change the original character” of the deities, he says, adding the portrayal shouldn’t be demeaning.

Graphic novel publishers say they are careful to show respect to the gods in the story lines, even while giving them a more powerful look. And to be sure, traditional depictions still abound in mainstream media, including old-school comic books and the calendars that hang in many Hindu households.

That’s really the key to getting away with this: The depictions don’t necessarily go against the holy books; they’re done with respect and with the intention of making the gods’ bodies seem even more realistic given their legends.

One other thing to note in the Wall Street Journal article: There’s no mention of whether anyone takes these gods seriously. They’re basically assumed to be fictional characters. The stuff of legends. Tradition.

Not real life people who actually existed and did what the stories say they did. 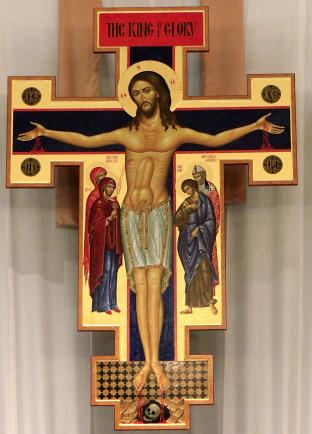 July 23, 2014
Group That Evangelizes to Young Children Comes Under Scrutiny From Activists and Media
Next Post