Lies of a Promiscuous Woman is a play that retells the story of Jesus’ mother. Far from being a Virgin, this Mary enjoys sex and swears left and right: 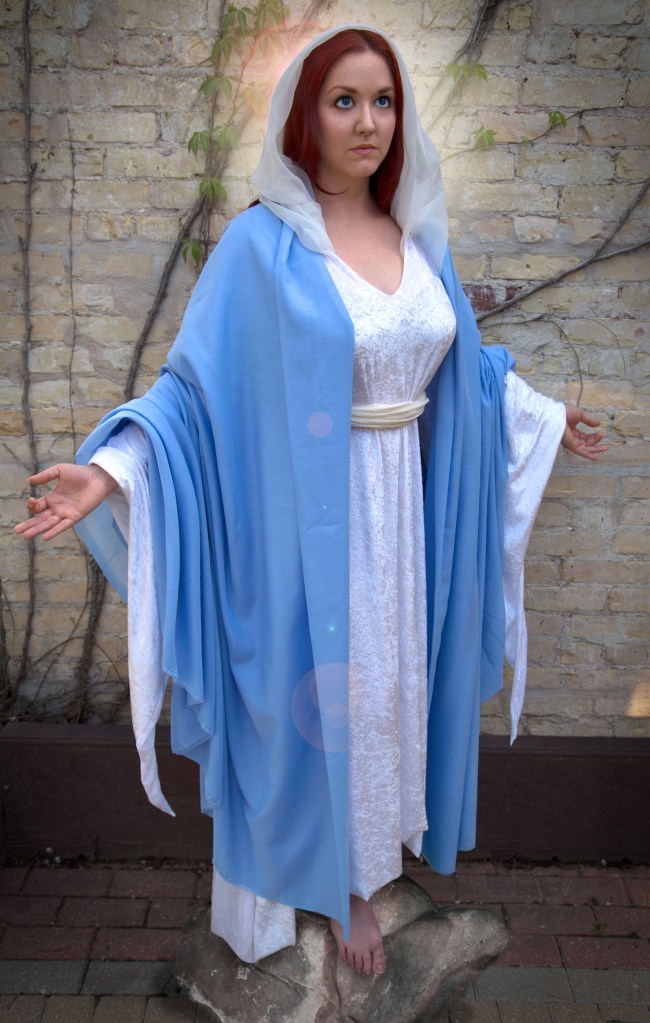 Theresa Thompson plays Mary in the show, which is currently running at the Winnipeg Fringe Theatre Festival. While you’d expect it to be controversial, the reaction has been over-the-top:

Before the first performance, Thompson discovered that posters for the show have been vandalized with words like “slut” and “blasphemer.”

She’s also had similar words yelled at her on the street, and on Sunday, the word “slut” was written in permanent marker on her car.

There’s also been requests to have the show shut down.

Thompson, who plans to file a police report on Monday, now has a fellow actor walk her to and from her performances in order to feel safe.

I guess the vandals don’t understand the concept of acting… (and who wants to bet they never bothered to see the show in the first place?)

No word yet on who wrote the words or tried to get the show canceled, but performances will continue through the week.