It was an exciting moment when University of Missouri defensive lineman Michael Sam was drafted by the St. Louis Rams, potentially becoming the first openly gay person to play in the NFL. (Well, it was exciting for most of us.) 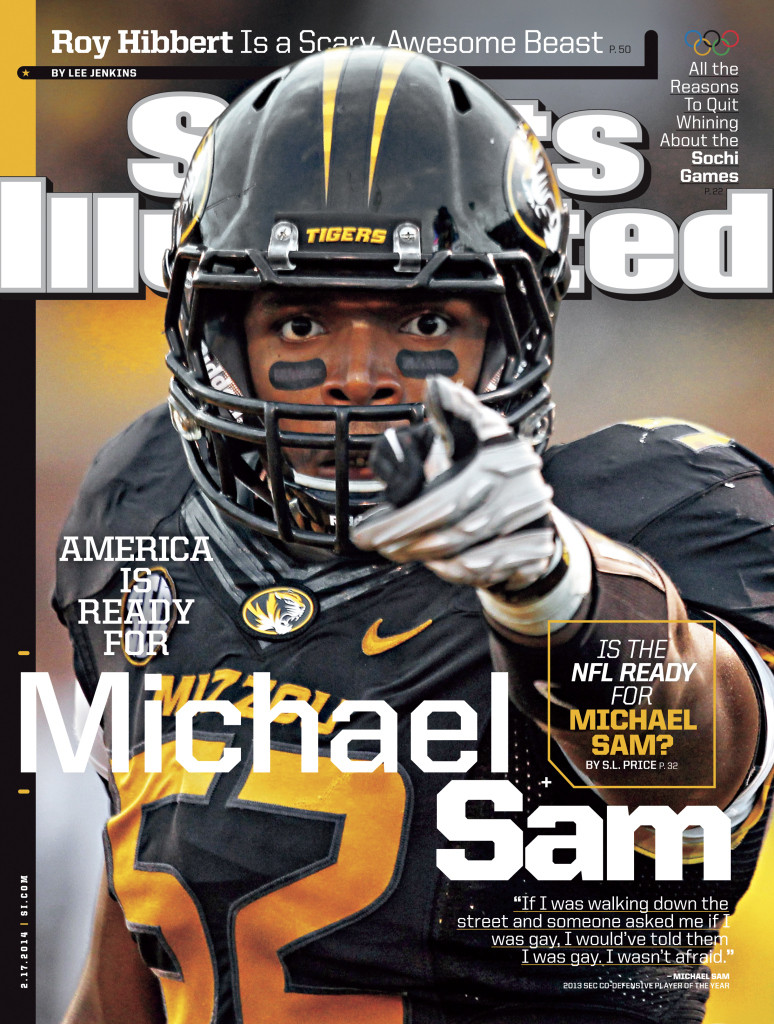 But in a recent interview with The Tampa Tribune‘s Ira Kaufman, former Indianapolis Colts coach (and Super Bowl winner) Tony Dungy said that he wouldn’t have drafted Sam on his team for reasons that have nothing to do with his abilities:

“I wouldn’t have taken him,” said former Bucs and Colts coach Tony Dungy, now an analyst for NBC. “Not because I don’t believe Michael Sam should have a chance to play, but I wouldn’t want to deal with all of it.

“It’s not going to be totally smooth… things will happen.”

Dungy, of course, is as well known for his strong Christian faith as he is for his knowledge of the game.

Think about what his words mean. Dungy said he wouldn’t have drafted Sam because he wouldn’t want to deal with the distractions… “distractions” that would inevitably be caused by other Christians and people documenting a gay professional athlete — not Sam himself. I’m sure Dungy’s star player Peyton Manning faced far more media attention on a regular basis. And we know damn well that Michael Vick faced plenty of media attention when he returned to the NFL in 2009. What did Dungy have to say back then?

He wrote a blog post explaining why bringing Vick back was a terrific decision.

I guess the media attention didn’t matter when it came to someone involved in dog fighting.

But homosexuality? Forget about it.

… Dungy’s hypothetical refusal to draft Sam is motivated entirely by what other people might say. He wouldn’t want to deal with having an openly gay player on his team, and one can only assume that whatever gay men might have played for Dungy in the past would remain closeted in the face of these statements.

As a Christian, this could have been a great time for Dungy to say something different. Something about how the NFL isn’t a church, and whatever you believe about hiring at religious institutions, the football field is the kind of proving ground where your sexual orientation is not one of the things that can get you hired or fired. Dungy could have praised Sam for his courage in being an out player in a hyper-masculine sport, or, if he didn’t believe that, could have, at the very least, chosen to say nothing. If Dungy really believes that Michael Sam should have a chance to play, but is unwilling to take that chance, what does it say about him?

She nailed it. Based on everything we know about Sam, he’s an outstanding role model. We’ll find out if he can make it at the professional level very soon, but his college record was impeccable. He’s exactly the type of player you’d want on your team — a leader, someone willing to learn, and a person who’ll make the most of this chance. The only reason a coach should not draft him or play him is that he doesn’t have what it takes.

Instead, Dungy slammed Sam for the drama he would bring to the team through no fault of his own.

Dungy released a statement this afternoon in response to the backlash. I would call it an apology, except he doesn’t take back anything he said:

I was not asked whether or not Michael Sam deserves an opportunity to play in the NFL. He absolutely does.

I was not asked whether his sexual orientation should play a part in the evaluation process. It should not.

I was not asked whether I would have a problem having Michael Sam on my team. I would not.

What I was asked about was my philosophy of drafting, a philosophy that was developed over the years, which was to minimize distractions for my teams.

I do not believe Michael’s sexual orientation will be a distraction to his teammates or his organization.

I do, however, believe that the media attention that comes with it will be a distraction. Unfortunately we are all seeing this play out now, and I feel badly that my remarks played a role in the distraction.

Umm… That’s what you said the first time. And the effect is still the same. Dungy believes Sam should be punished, in a sense, for how the media is reacting to him.

A better coach would just temper the media attention by saying repeatedly that Sam’s sexual orientation is a non-issue for everyone on the team… and then getting back to work. At some point, “no one cares” stops being an interesting sound bite.

The fact that Dungy was speaking hypothetically is irrelevant. His “philosophy of drafting” is the problem. He says he wants players to be judged on the field while simultaneously saying a gay player should be judged by the kind of attention he brings to that field.

I respect a coach who wants to minimize distractions on the team. But that should only matter when the players themselves are causing the distractions. Sam is doing no such thing. He’s focused on playing the game as best he can and making the final roster.

For a potential Hall of Fame coach to not recognize that is completely irresponsible and it tarnishes his legacy as a great leader.

By the way, Dungy’s reaction may very well be the same reason Sam wasn’t drafted until near the end of the seventh round. But at least the coaches who passed him up knew better than to explain their decision by pointing to his orientation or the attention it would draw. Dungy’s explanation, on the other hand, is just plain embarrassing, and his statement doesn’t fix anything.