Zak Mohyuddin (below) is running for a seat on the Coffee County Commission in Tennessee, but his opponent Mark Kelly is using Mohyuddin’s Muslim faith as a weapon against him, claiming he’s not patriotic like the good Christian Kelly: 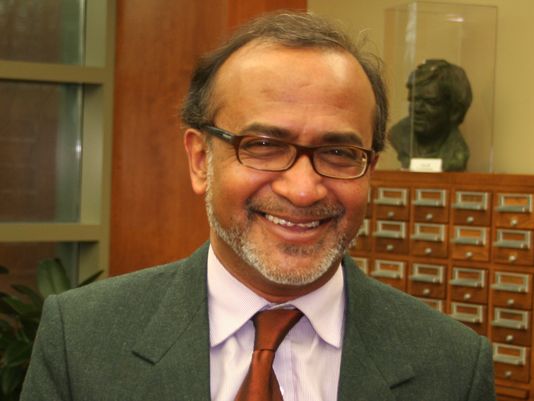 In a July 16 letter asking District 15 constituents for their vote, Republican Commissioner Mark Kelly made the following claims about his Democratic political opponent, Zak Mohyuddin:

Wow. How does he know all that?! Is there a secret recording somewhere?

… Kelly was unable to cite any specific instance when Mohyuddin made such statements. He said he had heard it during private conversations with him.

Mohyuddin denies all of this, of course. In fact, he says public prayers are legal (within the Supreme Court context) and public displays of the Bible are fine. He even led the Pledge of Allegiance at a rally last year. I wish he would be a lot less accommodating — but you see where that gets him already.

Kelly, whose faith apparently gives him license to lie about other people, doesn’t care. He freely admits this is all just a ploy to fire up the conservative base before Friday’s vote:

“I am a Christian and have been and will be. Zak isn’t, and he has a different faith and there are a lot of different faiths,” Kelly said. “I am standing on my values and my record. The point of the letter was to encourage the conservative base to get out and vote. It was simply to show the difference in views between two people, not that one is right or wrong, just a difference.”

In a just world, those admissions would cause voters to throw their support in another direction. This is Tennessee, though, so Kelly’s slander will probably carry him to victory.

July 21, 2014
Creationist Ken Ham: We Should Stop Exploring Space Because the Bible Says Aliens Would Go to Hell
Next Post