How Many Mistakes Can You Spot in This Christian Children’s Book About Spiders? July 20, 2014 Hemant Mehta

How Many Mistakes Can You Spot in This Christian Children’s Book About Spiders?

Normally, if I have an issue with religious books targeted at children, it’s that the authors are teaching their beliefs as facts.

But reader Lauren recently came across a Christian book explaining spiders and snakes and the like to children… and found some other kinds of mistakes: 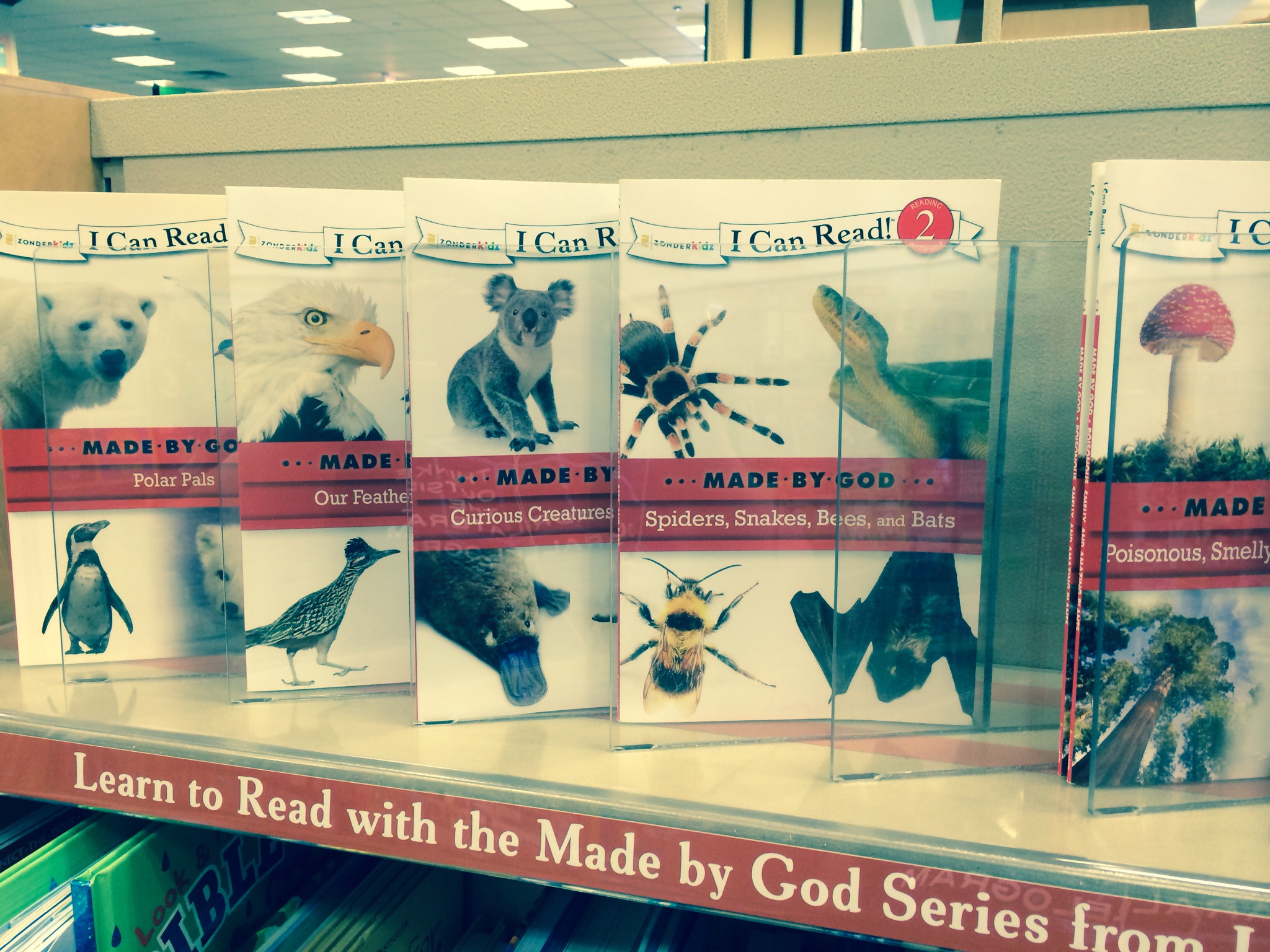 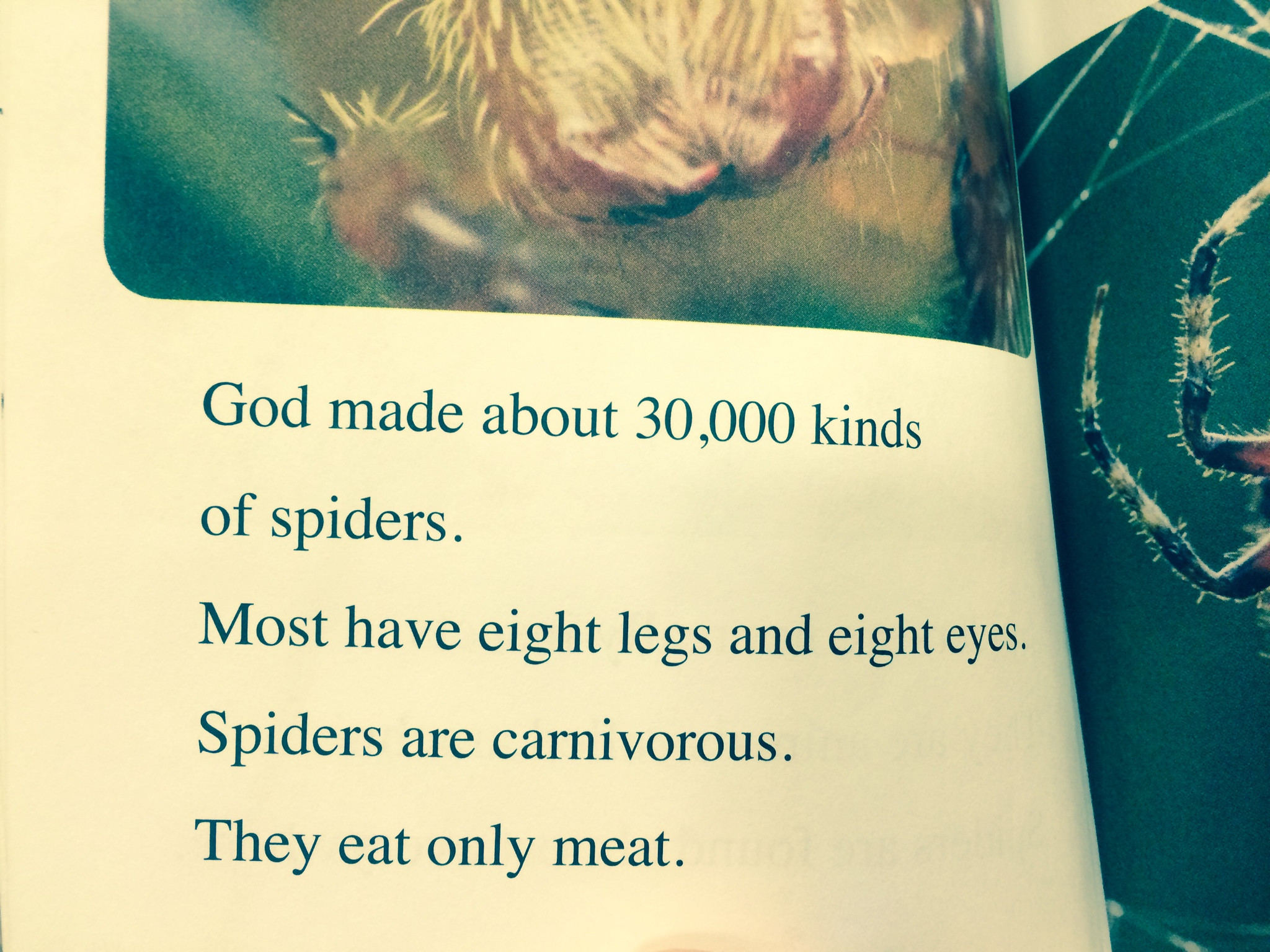 How does one page in the book contain so many mistakes…?

Spiders, by definition, have eight legs. Not just “most” of them. And there is a species of spider that has a mostly herbivorous diet. (Also, God didn’t make them, but I guess that’s the least of our worries here.) (Edit: Apparently, there are also more than 40,000 species of spiders, not 30,000. So there’s that.)

I figured all that out with a few seconds on Google.

How lazy were the author and editor? It’s one thing to say your beliefs are facts, but you shouldn’t get the actual facts wrong, too.

July 20, 2014
Did the Hobby Lobby Decision Make You Want to #KnitABrick?
Next Post