A New Bill in Ohio Will Allow Atheists to Solemnize Marriages

With an Appeals Court overturning Indiana’s ban on Secular Celebrants performing wedding ceremonies this week, the Center For Inquiry is now setting its sights on Ohio, where a similar ban is still in effect.

There’s no lawsuit this time, though. They’re doing this one legislatively with the help of State Rep. Mike Foley (D): 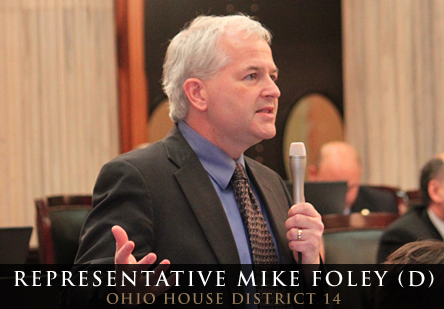 Ohio House Bill 591 would reword the current law governing marriage officiants to allow anyone, regardless of religious affiliation, to register with the Secretary of State and receive the authorization to solemnize marriages. If the bill becomes law, secular humanists, atheists, and other nonreligious Americans will no longer have to settle for marriage by government employee, or through some quasi-religious mail-order certification, but will instead be able to celebrate this wonderful milestone event in a way that embraces their nontheistic worldview.

… “I introduced House Bill 591 because we have couples in Ohio who wish to celebrate and solemnize their marriages in a secular manner,” said Rep. Foley. “It is time we allow couples greater freedom in choosing who performs their marriage, especially those couples in our state who do not have ties to a certain religious organizations.”

The bill is co-sponsored by Rep. Robert F. Hagan.

It looks like HB 591 would completely overhaul current law, but it would really just make it simpler by opening up the ability to solemnize marriages to anyone who registers to do so with the secretary of state.

This is a no-brainer. There’s just no good reason to oppose the bill.

Which means someone will inevitably do so, claiming that allowing atheists to officiate a wedding would somehow ruin the experience for other people or deprive ministers of some holy power.

A lot of credit goes to the Northeast Ohio branch of the Center for Inquiry, which lobbied the State Assembly to make this happen.

Let’s hope there’s no holdup. Pass this bill quickly, Ohio. And if you live in the state, encourage your representatives to support it.

***Note***: To clear up some confusion, it was always possible to have a Humanist Celebrant officiate a wedding in a non-religious way. That’s because Humanist Celebrants are certified by the Humanist Society, which is actually a religious organization. This bill would allow atheists who aren’t “ordained” by that group to also solemnize marriages.

July 17, 2014
This Woman's Testimony Is Exposing a Sex Scandal in the Catholic Church
Next Post

July 17, 2014 Atheists Are Just 2% of the Population, but 59% of Americans Claim to Know One
Browse Our Archives
What Are Your Thoughts?leave a comment